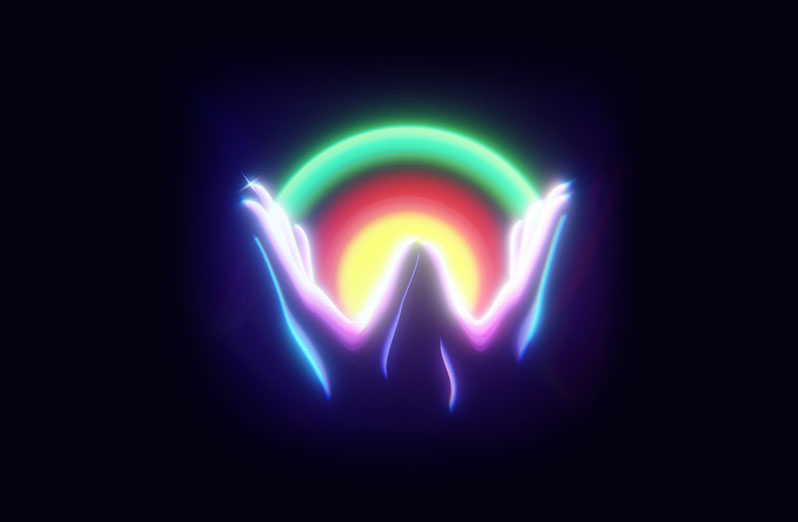 Last August The Avalanches teased us with two new tracks and the announcement that they would be releasing their third full-length album. The first track they leaked was called “Wherever You Go” and it featured the voices of Neneh Cherry and Clypso, production by Jamie xx, piano by Mick Jones and samples from The Voyager Golden Record (which was launched into space in 1977). A video accompanied the single which included some trippy space visuals, a large CT-scan machine and slow cross-fading zooms.

In any case, the day has come my friends. The new album is out now. It is called We Will Always Love You and it is a 25-track epic.

When I use the word ‘epic,’ I don’t just mean ‘big.’ This album (like most of The Avalanches work) tells a story. It’s meant to be listened to as a continuous play.

That said, the album is still epic in the ‘big’ sense of the word too. With 25 tracks, an hour of music and collaborations with over 20 different musicians, this album is a massive undertaking and an epic piece of work. The list of collaborators alone reads like a dream festival lineup: Jamie xx, Leon Bridges, Blood Orange, Sampa The Great, MGMT, Johnny Marr, Karen O, Kurt Vile, Neneh Cherry, Rivers Cuomo, Tricky, Mick Jones, Perry Farrell…. and that’s not even all of them.

The list above brings together an eclectic mix of musicians across a wide range of genres. From indie and electronic to hip hop and rock, the album calls on artists from many different disciplines. This might sound like an audio mess on paper, but if you are a fan of The Avalanches, you will know that this is where the group excels.

An album from The Avalanches is a journey. A journey through sound and storytelling. The album arranges seemingly disparate and unrelated musicians and inspirations into something unique to The Avalanches; a sound that subverts, or perhaps hovers above genre. It’s as if the band is composing visuals through music. Each new element tells its own story through audio.

Anyway, it’s really good. Check out a few of my favorite singles from We Will Always Love You below. But honestly… you are doing yourself a disservice if you don’t go buy the full album and listen to it from front to back in one sitting.

The Avalanches – We Will Always Love You (feat. Blood Orange)