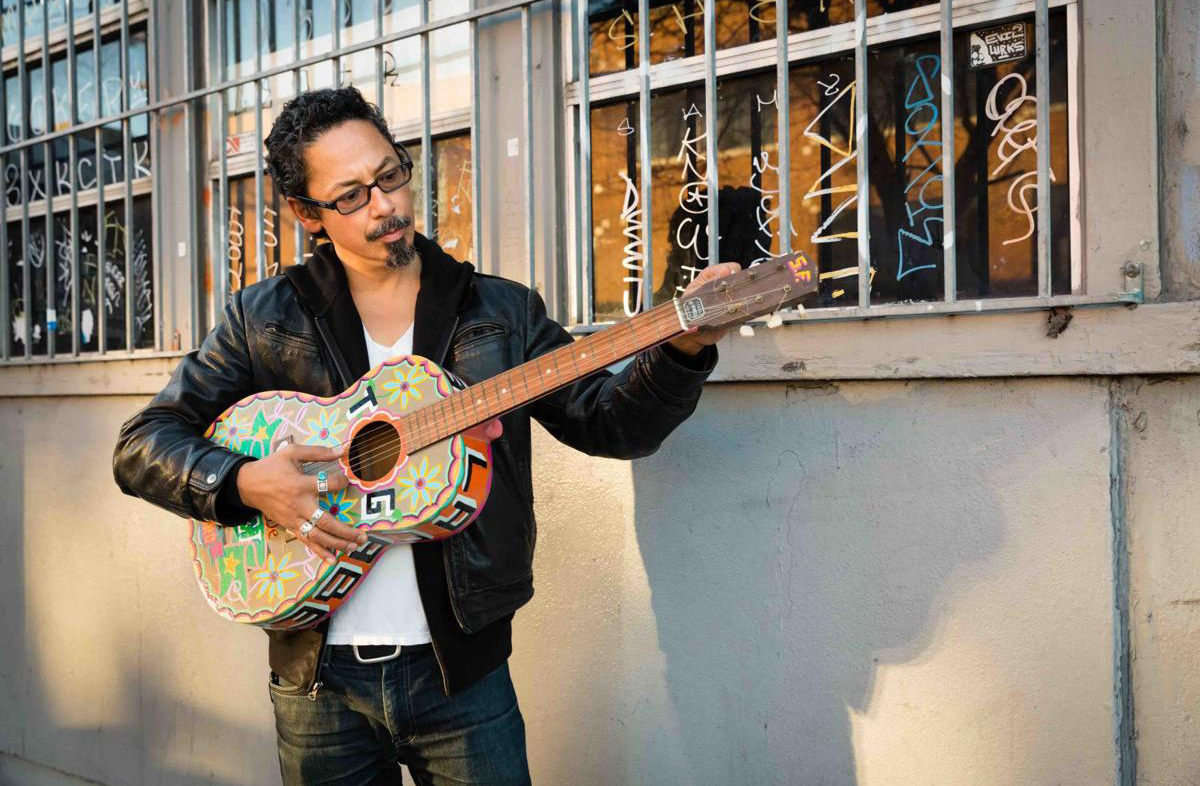 West Coast skateboarder, Bay Area punk rocker, clothing designer, latin-soul-jazz-desert-rocker… Tommy Guerrero is many things. In the 80s and 90s Guerrero pioneered a style of skateboarding that was both fast and smooth with San Francisco’s Bones Brigade. In the evenings he was playing guitar with his brother in a punk band called Free Beer. Over the past decade Guerrero has evolved his sound from punk rock to more of a soulful desert rock style that leans into the sort of chill-hop instrumental music that is gaining popularity.

In 2019, Guerrero released “Road To Knowhere” which took inspiration from Ethio-jazz, afrobeat, and highlife. “I tend to take different paths each musical outing,” explains Guerrero “but this [album] is for the long haul. It’s the one to get lost to.”

If Road To Knowhere was about the long haul, Guerrero’s new album, Sunshine Radio is all about cruising. It’s about getting lost and enjoying the here and now. The way Guerrero puts it is that “Sunshine Radio hopes to spark a bit of joy as well as a moment to reflect and consider the fires of the world. Take a sonic respite from the endless noise.”

Tommy Guerrero – By the Sea at the End of the World