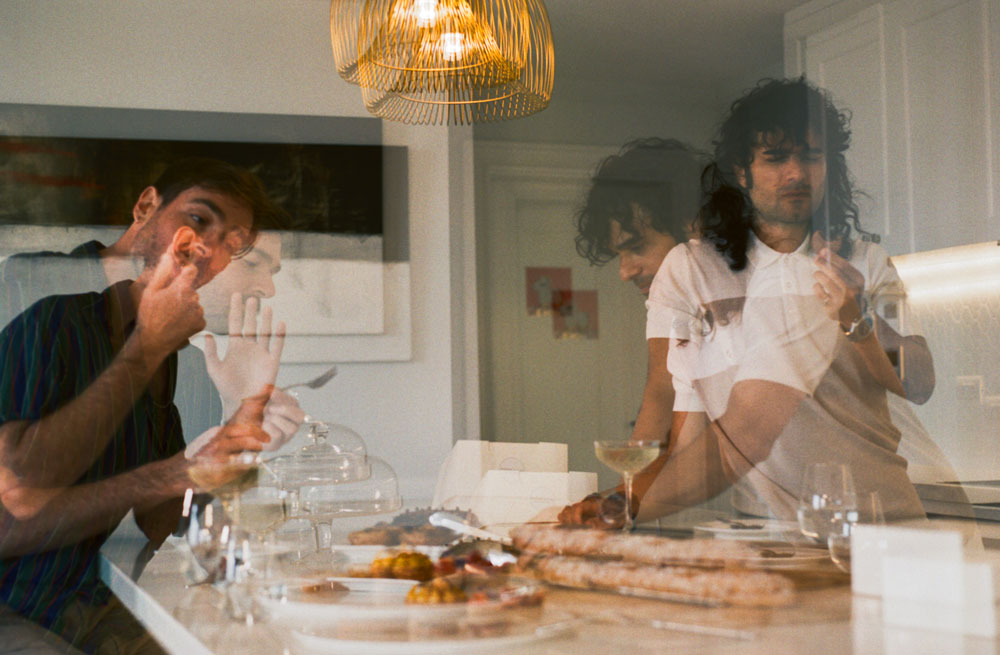 “’I’m In Need’ was written on the day that Angus1 and I first met,” explains Harry Nathan when describing how the new single came together. “We sat in my kitchen eating French éclairs, lemon tarts and croque monsieur croissants whilst getting to know each other. This theme of longing emerged during our conversations, and that vibe was captured in the studio moments later.”

This fateful meeting in Harry’s studio in Sydney was the first time the two producers met. After those first few conversations, the theme for a song began to emerge through their discussions about loneliness and isolation. And the collaboration was born.

“Harry and I were put in touch by a mutual friend who knew we were both a little eccentric,” continues Angus1. “I’d never made a track with someone I’d literally just met, but we found common ground really quickly and did just that. I think the song is a nice mid-point between our writing and production styles. It didn’t hurt that Harry plied me with pastries and booze either”

“I’m In Need” is a slice of indie-pop that meets two-step lo-fi house. It’s as if Toro y Moi got together with Bonobo and Caribou and had a lemon tart party. Basically it’s chill-out music turned up to the max.

“I’m In Need” is available everywhere now via Kitsuné Musique.

Some heartfelt new sounds on the new single from singer songwriter, Wynnm
July 2019 Mixtape
The Orielles - It Makes You Forget Peggy Gou Re-Work
Hun Choi has got a hunch that you're going to like his music.
Getting our electronic disco boogie on with the new Soulance album: French Cassette
Munya creates a song to honor all the heroes risking their lives on the front lines of the Covid-19 ...
The “Untitled” album by SAULT could be the spiritual soundtrack for the Black Lives Matter movement
NVDES x YOKE LORE: Everybody Wants to be Loved
L'Eclair's limited edition purple vinyls of "Polymood" are still available