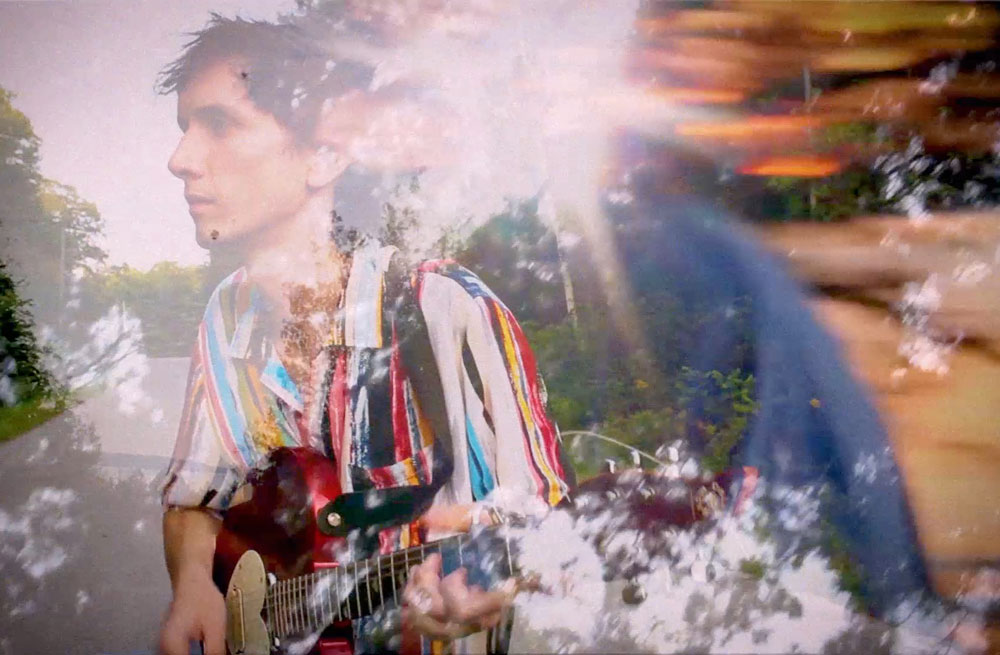 While the world outside is still going crazy as usual, we are here to share some calm to help you all take a breather with this harmless little track from Canadian musician, James Wyatt Crosby.

Hailing from a rural township of, Ontario, this Canadian artist has already achieved feats that many musicians fail to reach in their whole career. From his sleeper hit, “Deep in Yr mind” that appeared on his 2017 album Twins, to a #1 Canadian college radio hit, “Lemonade (No I Never)” — James truly has some great achievements to showcase. And now he’s back with another summery indie-pop track “Shadow of a ghost.”

This euphoric track has enough abilities to get you caught up in a daydream. James’ soft, luscious and calming vocals accompanied by hazy synths and simple lofi drums combined with addictive dream pop melodies on top makes “Shadow of a ghost” your perfect companion for long nighttime drives or casual summer walks. The blurry sound of this track takes your thoughts right from the very first second of the song, and will not let them go until the very end.

Shadow of a ghost is brilliant example of James’ songwriting prowess, the lyrics have a really heart-felt value to them. Lyrics like “Cause when you lose what matters most, you become the shadow of a ghost” really hit the emotional chords. The way James covers up the “time is fleeting” quote in this track is truly mesmerizing.

“This song was written during a time when it seemed like the fabric of reality was coming apart at the seams right in front of me,” explains Crosby. “Life can be so beautiful but also so painful and disturbing and this song speaks about the way that loss and grief can change the way that you perceive yourself and the world around you. This song allowed me to move through some challenging times” says James further on his latest track.

August 2019 Mixtape
Mild Minds - Don't Want Ur Luv
fina's new single features a catchy hook, lo-fi percussion and psychedelic synths
Tucked away on a secluded beach in the Mediterranean, KALA might be the closest a boutique festival ...
Hello, World
Brazilian musicians Dino Almeida and Pedro Bonifrate make sunburnt psych-rock album as the band Guax...
April... it's time to get off your face with some ravey new Giorgio Leone tracks
The Dead South
Athlete Whippet announce their new EP, Nogueria