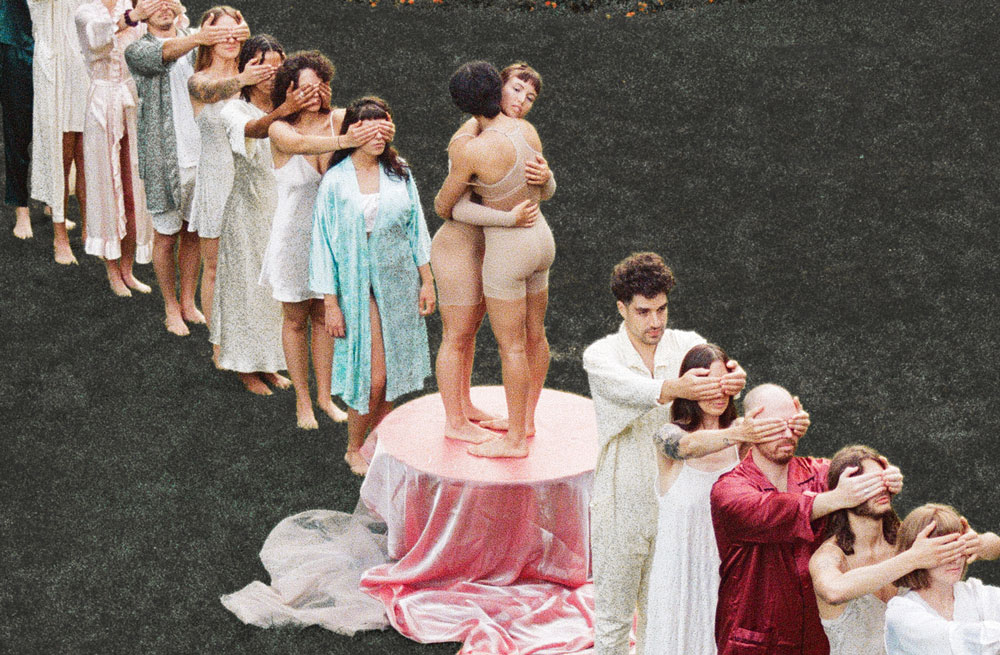 We first discovered the Berlin-based Australian producer James Chatburn late last year just before the release of his two-part EP, Faible (which means “Softness” in German). Now, nearly a year after the release of Faible, Chatburn is back with a brand new single called “Howling.”

The single was conceived when Chatburn overheard his neighbors having some audible 4am fun after returning home from a party. It’s an experience that anyone living in a big city will be familiar with and in this case it helped Chatburn appreciate that sometimes as humans we need to completely let go of ourselves (even if someone may overhear).

“It is these moments which we need to let go of ourselves in order to experience life,” says Chatburn when talking about “Howling.” “I wanted to produce something which everyone can get both musically and lyrically.”

The track is introduced with a mellotron violin hook and a 1/4 note groove which interplays with pianos and warped textures. A head-bobbing bassline lays the soulful foundation of the track while an impassioned chorus flows into a dream like falsetto for the bridge. Basically, just the kind of velvet soul we’ve come to expect from Chatburn.

“Howling” is the first single to be revealed from Chatburn’s upcoming sophomore LP, “Late Night Howling.” This LP will see Chatburn exploring and challenging engrained ideals that he has faced both musically and as a modern man. While new album will remain true to his modern R&B sound — with influences from 70’s soul, and hip hop — it will also reference how he lives and the things which influence him in day-to-day life.

To create the new record, Chatburn has teamed up with a talented selection of musicians and visual artists. The visual aesthetic was meticulously curated as a fundamental element of this album as a whole. Chatburn enlisted artistic director and stylist, Youka Snell, and art director and photographer Shari Annabell Marks to carry out a cohesive series of images which both align with the music and stand alone as vivid visual expressions.

“I viewed this album as a departure from my debut on Faible,” explains Chatburn. “I would say that Faible was a lot more introspective of embracing all emotions while perhaps being vague to the listener at times. ‘Late Night Howling’ really is a progression of opening up and developing and working on myself as a human being to a point where I am comfortable playing and having more fun with my persona and who I am. Basically I am who I choose to be when creating music or living, it is the subconscious’ voice.”

Look out for Late Night Howling sometime early next year.