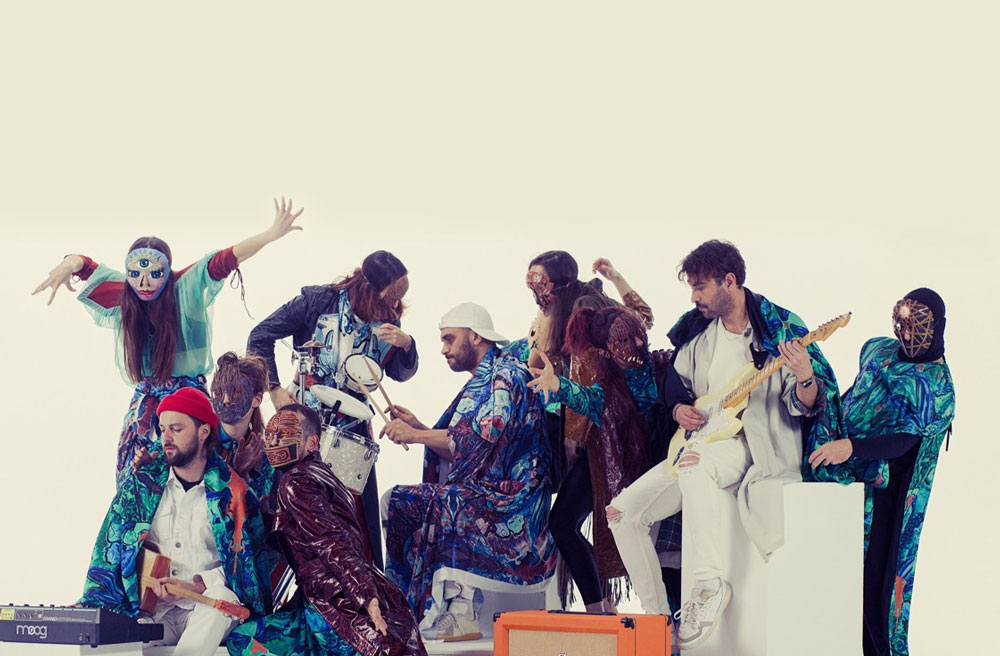 The new album from Turkish trio, Islandman, transports you to a tropical plane of cosmic aural vibes

Just came across this banging new album from a Turkish trio called Islandman. The group is made up of guitar player, Erdem Başer, percussionist Eralp Güven, and producer and multi-instrumentalist, Tolga Böyük. Their music has been described as soulful, tribal, jazz-adjacent, and even interplanetary. However they are described, the mission is clear: transport you to a tropical plane with their cosmic aural vibes.

Their latest album is called Godless Ceremony and is out on the Danish imprint, Music for Dreams. The album puts an entirely new spin on “Turkish Music.” It is undoubtedly rooted in the sound of Anatolia, but it has an undertone of balearic house and psychedelica that makes it more global.

The new album transports you around the globe with each track. “Amarnos Ahora” takes you to the tropics of Ecuador while “Drums Of Colca” teleports you to the mountains of North India. Then you are suddenly whisked away on the winds of the North African deserts for “Tarhamanine Assinegh” before coming back home to the band’s spiritual home of Anatolia with “Kara Toprak.” Hindustani tablas, Tibetan flutes, flamenco guitars, Anatolian Saz and Balinese (Bhasa) vocals all come together to create a musical fantasyland of discovery.

For frontman and multi-instrumentalist, Tolga Böyük, the concept for Godless Ceremony came after losing his father. The process of making the album became a salve. The daily routine became beautiful and meditative. “You can take part in a religious ceremony, search for supernatural powers, but sometimes you need to find happiness in small, everyday things,” explains Böyük. This sentiment fuelled the creation and curiosity throughout the album. The record’s flow, like its production ambition and aesthetic, rises and falls until it peaks at its title track, where Böyük delivers the lead vocal along with an Anatolian stringed guitar-like instrument called the Saz.

Have a listen to a few of my favorite tracks from the 10-track album below, or head over to the Islandman Bandcamp page to order Godless Ceremony on vinyl (which features 3 bonus tracks).

A lo-fi Christmas mix inspired by hip hop and Charlie Brown
The Anti-mix by Jason Smith
Billy Kim breaks off as a touring member of Tycho to start his solo project: Karaboudjan
Reduced to Tears by Kate Tempest: Snippets of NOS Primavera Sound
“The New Sounds Of Late Capitalism” — an album that contemplates themes of isolation and disappointm...
Fresh Friday Mix: Les Frères Jackfruit
Kiefer - What A Day
Bringing brass back: Too Many Zooz
LA-based record label, Mystery Circles releases some good into the world during these bleak times