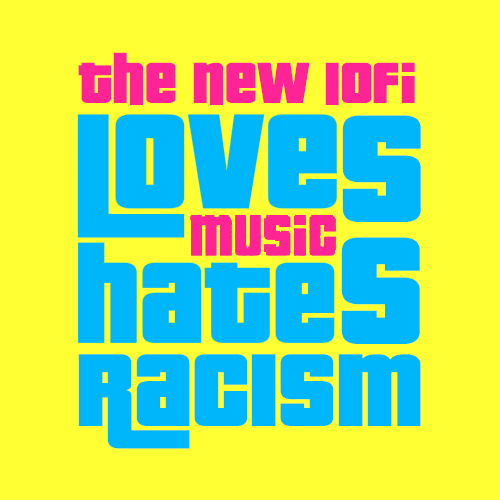 Here at TNLF, we’re proud to be able to support artists from all countries, creeds, sexes and races. The only qualifying factor required to be featured on the site is a passion for music.

On Saturday 18th of March, UN Anti-Racism Day, demonstrations will be taking place across Europe, including Glasgow, Cardiff, Amsterdam, Athens, Paris and Berlin with thousands expected to protest at the rise of racism and Islamophobia across Western society.

To support the cause, Warner Bros. Records is collaborating with some of its leading musicians to bring back the much-loved campaign ‘Love Music, Hate Racism’.

A plethora of major artists including man-of-the-moment Stormzy, Coldplay, Ed Sheeran, Birdy, Kiko Bun, Rudimental & James Blunt and have already shown their commitment by posing in retro ‘Love Music, Hate Racism’ t-shirts highlighting the power of music to bring cultures together and sending a clear message to their fans: racism is not welcome in today’s world. 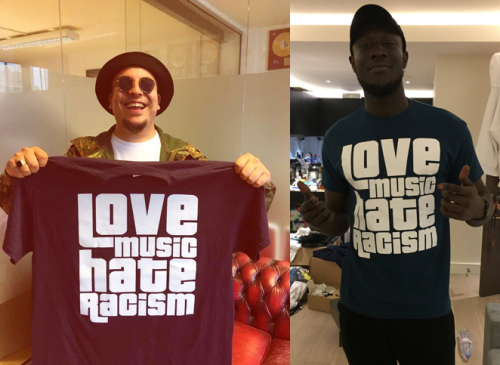 ‘Love Music, Hate Racism’ was born in the tradition of the ‘Rock Against Racism’ movement of the late 1970s, which used music to unite people and promote anti-racism. ‘Love Music, Hate Racism’ uses the energy of the music scene to celebrate diversity and involve people in anti-racist activity. Since its founding in 2002, it has produced many hundreds of events, from large outdoor festivals to local gigs and club nights.

The march kicks off this Saturday 18th at 12pm at Portland Place, London, W1B and representatives from TNLF will be representing, hopefully with a few witty placards, but at minimum with a camera. Make sure you follow the TNLF Instagram and James Whatshisface for alllllll the updates.

We all dance to one beat.