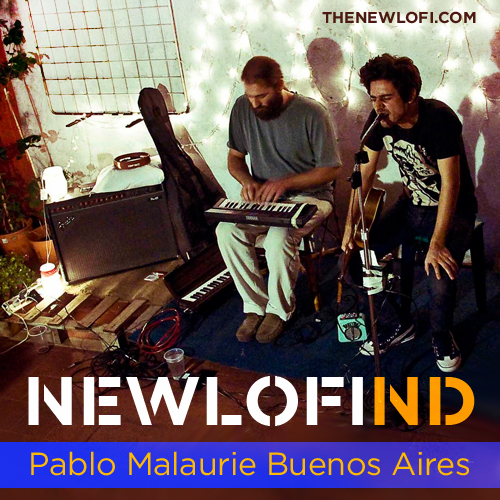 So far The New LoFi has been live for 4 months. In that time we’ve been covering all sorts of music from different time periods and all sorts of genres. Admittedly, one type of music we haven’t paid much attention to is the same type of music that most people don’t pay attention to; the unknown, unsigned artists that play broken instruments in subways, on street corners, in dive bars and in any place they don’t get chased away. These artists aren’t part of any “scene” and they aren’t writing the next big hit. You can’t download their tracks from iTunes or even find a homemade EP floating around on a torrent site. In an attempt to bring these artists some recognition and give everyone out there a little something other blogs aren’t covering, we are starting a series called New LoFinds. This is the first of that series . . .

Vincent Moon is an independent filmmaker from Paris mainly known for his documentary fieldwork on musicians. I recently found one of his films featuring the unsigned / unknown musician Pablo Malaurie from Buenos Aires. Pablo’s songs are simple, quirky tunes played on steel string ukuleles, mandolins and mini banjoes that are brought to life with effects pedals, giving his music a mysterious and dreamy undertone. You can also hear very understated casio-type synth parts in the songs that add a richness to the otherwise sparse and minimal compositions. He plays at local cafes, parks, hotels and hostels. His music is so chill it makes Antarctica feel hot. That said, put on your favorite sarong (if you own one), make yourself a mate and lounge out in a hammock under a mango tree with this mini mix of Pablo’s “Tropical / Japanese Classical Beach Music”. . .

The Langley Schools Music Project
Ellen Allien's new MDMA remix has us dreaming about the return of the rave
"This EP is love, sex, and more love." -J.Scott
2021 is off to a good start with the release of Bicep's new 12" double-vinyl: Isles
The "Somewhere" mix by Xavier Borghini
Aussie art-pop girl Austen ignites “The Fire” in the latest single from her upcoming EP
Rapper, DJ, producer, actor; Redman is still banging out tunes 30 years after he began
Who is Kalem W?
A record that has been sampled every decade since the 1970s: A short history of the song "Jin-go-lo-...