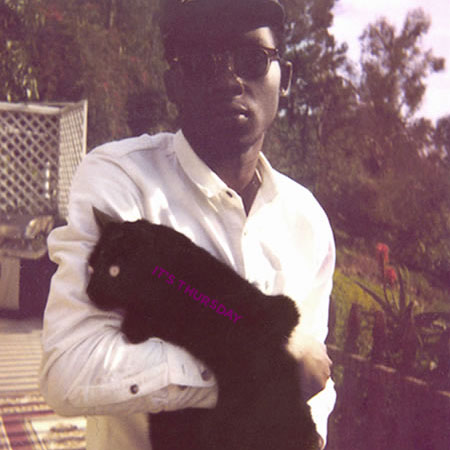 [audio:https://thenewlofi.com/wp-content/audio/2010/07/TL-a_strangers_heart.mp3,https://thenewlofi.com/wp-content/audio/2010/07/TL-life_of_a_lover.mp3,https://thenewlofi.com/wp-content/audio/2010/07/TL-soles_of_fire.mp3|titles=A Strangers Heart, Life of a Lover, Soles of Fire]
Theophilus London “I Want You” (mix tape sample)
I hadn’t heard of Theophilus London until last month, but he is firmly on my radar now. He’s from Brooklyn, and he has that Brooklyn hip-hop, hipster sound down better than most (think: cool un-pretentious Kid Cudi). His sound has depth. He samples indie rocker Jack Penate (also worth checking out!) on the first track, “A Strangers Heart” and then lets a lazy brass instrument roll on in the background of the next track. And all along you get his interesting commentary on things. My favorite line: “What a coinscience, we both wore boat shoes” He recently released a mix tape entitled “I Want You” (the picture above is from the album cover) which freshens up hip-hop with hipster synth and electronic-ish beats. Here are three tracks from the tape. And go check him laying down lyrics with The Very Best on The Vibe Below.

[audio:https://thenewlofi.com/wp-content/audio/2010/07/cool_kids-the_light_company.mp3|titles=The Light Company]
Cool Kids “The Light Company”
The Cool Kids have released a couple of mix tapes in the past year (Gone Fishing, and Tackle Box) and this is what I think is the best track off of the first release, Gone Fishing. Both mix tapes are available for free via download. I don’t even think they had a CD made (they are that cutting edge).

[audio:https://thenewlofi.com/wp-content/audio/2010/07/souls_of_mischief-tour_strories.mp3|titles=Tour Stories]
Souls of Mischief “Tour Stories”
Relatively new Souls of Mischief. Still has that timeless 90’s sound. still great for listening to in the summer on a rooftop in Brooklyn.