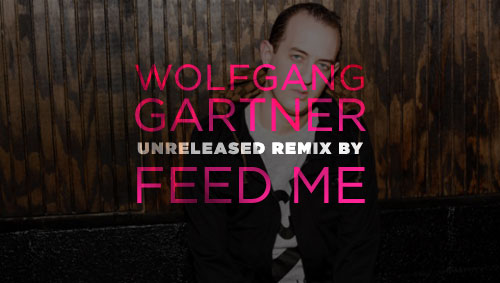 We got this mysterious “tipoff” in our inbox the other night from a source claiming to have leaked an unreleased track remix by Jon Gooch (aka “Feed Me”). The unreleased Wolfgang Gartner track apparently doesn’t even have a name yet, but for now it’s being called “Flatline” and Feed Me (if in fact this is Feed Me) has given it a proper dirty bassline treatment.

(Edit 3:55pm) As with any “Anonyms tipoff” you can’t always trust all the information you get. The track was too good to just sit on, so we posted it this morning with out really checking it’s source. After watching it climb to number 3 on Hype Machine we started to worry if we had pegged the correct artist. Thankfully the truth has finally surfaced and the real artist behind this track is Don Winsley.

The real name of the track isn’t Flatline either, it’s “Guillermo” and it’s the first single one Don Winsley’s upcoming album titled “Rise of the Weasel King.” So for all of you that emailed me saying you love this track you should go to Don Winsley’s Facebook page and give him some love. Also check out his Lil’ John “Get Low” remix… dope!