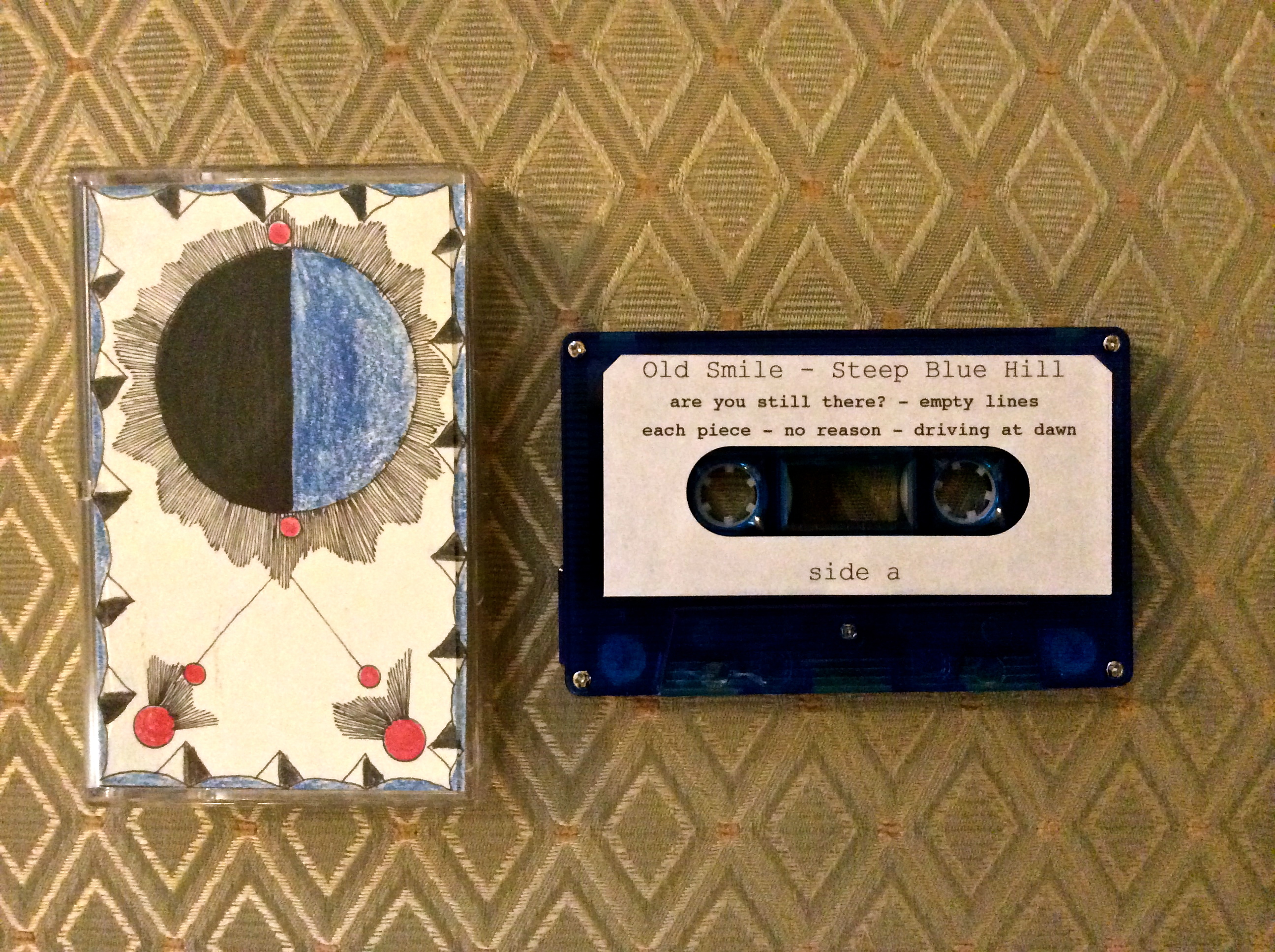 New Jersey based producer Tom Herman is the one-man genius behind Old Smile; a terrifically chilled out LoFi psych-rock production that is easily one of my favorite projects of 2014.

We’re fortunate to have a lot of really great new music come through our doors each month here at The New LoFi, but it is rare that an artist produces a solid full length album. Last month we were sent the release of Old Smile’s new album entitled Steep Blue Hill and it is just that kind of record. Each song a beautiful little conversation in itself, but the album as a whole a subtle masterpiece.

Herman decided to be a musician at a young age, citing his father as early inspiration. “[My father] played drums all the time and being around music made me think it was a really cool thing to be able to master an instrument.”

All the instruments on Steep Blue Hill are recorded by Herman alone by using two mics. “I usually start off with an idea for a song in my head and play the song on drums first.”

To make the recording even more interesting he has released a limited run of 30 pro-dubbed cassette tapes for the release of the album. Most trendy musicians are recording on vinyl these days so I was surprised (and excited) to see someone recording on cassettes again. “it seemed like the only plausible way to put my music into a physical format,” Herman said when asked why he made the choice to put out a release on cassettes to promote the album. I completely agree. It’s the perfect amount of nostalgia and intimacy to compliment the sound recorded within. Each cassette also has a unique hand drawn cover to go along with it.

To stream (and buy) Steep Blue Hill, head over to the Old Smile Bandcamp page. At the very least, this is a fantastic album to listen to on a lazy Sunday morning.

Limited run of 30 pro-dubbed tapes. Each cassette has a unique hand drawn cover.