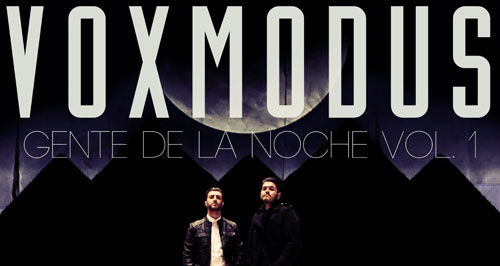 We’re pretty excited to announce that the newly formed duo Voxmodus has released their first EP, “Gente de la Noche.” The three track EP is only a taste of what’s to come.

Last month we released the single “Bombwa,” and now they’ve reworked it into a club mix for the EP. I can’t really pick a favorite track out of the three since they are all so varied from “Molly” with its big festival sound and blaring horns to the moombahton track “Soy Un Pinche Animal.”

If you love it, give them a shout on their Facebook page.

Interview: Mattari
Let's get down to business with London's enigmatic deep house producer — Clive From Accounts
FloFilz & Jerome Thomas are feeling 'Sensitive'
What do you know about Black Josh?
For Solomun's second full-length album, “Nobody Is Not Loved,” he teams up with an interesting cast ...
For his new album, "Taito" Ernesto Chahoud has compiled a collection of soul-fueled stompers straigh...
July 2019 Mixtape
T.U.R.F. - Reggie Fox
Live & Programmed: a new music series recorded inside Abbey Road Studios