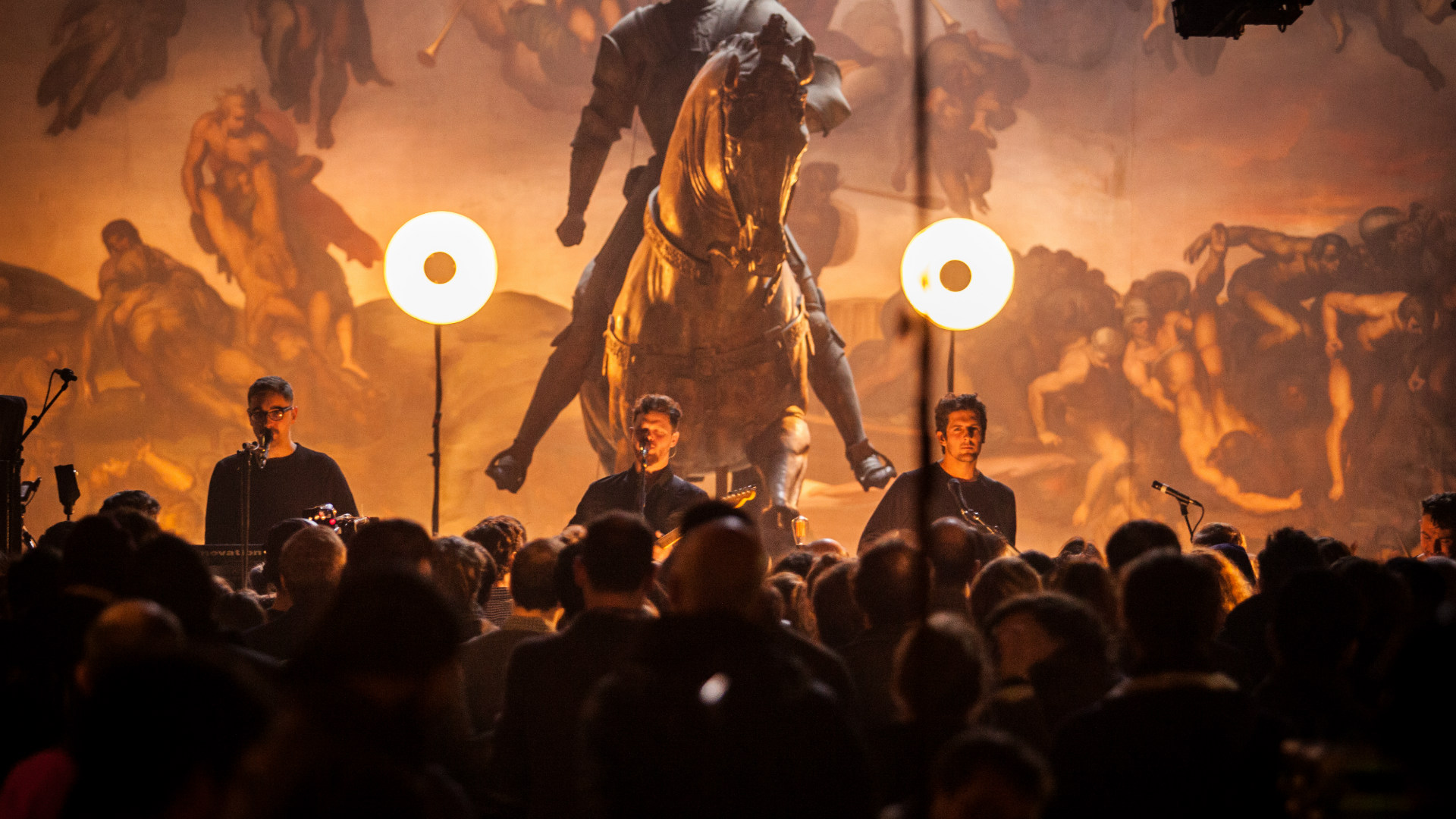 Alt-J – Musings on Dimensions Of Venue and Space

“Music is an omnipresent, almost atmospheric, property of public space in a city, in cafés, night-clubs, baths, brothels, shops, buses & taxis, providing a continual counterpoint to the rhythms of everyday life” 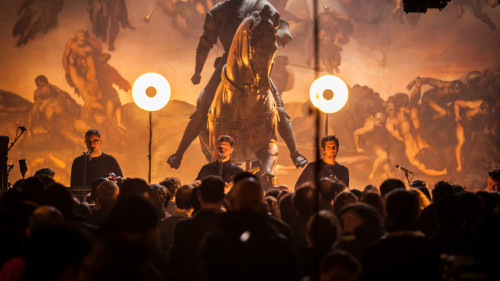 The first and last time I saw Alt-J live was in October, when they played what they then described as “the biggest show of their careers” (sic) in the great hall at Alexandra Palace, London.

As anyone who has ever been to the ‘Ally Pally’ knows, the great hall is a huge, dark, cavernous rectangle. The majority of the 10,000 who had been fortunate enough to acquire tickets crammed towards the front, those with slightly better eyesight electing a more spacious viewing experience from the almost deserted rear of the concert hall.

At the time I wrote of a band seemingly coming of age, confident in their material, and their prowess in performance. Adventurous, precise, mesmerising, over-indulgent, all in equal measure…

Live, Alt-J have the capacity to both caress and batter, to delicately draw the crowd in, and then swamp them. Minutely crafted electronics and sparse tribal harmonies propel lyrics born from physics and maths. Even a synth-addled cover of Bill Withers’ Lovely day doesn’t quell the playful, restless mindlessness that transcends their shows…this is music from and for another dimension.

Considering this, where better then to perform, than a chapel? An arena used for millennia to transcend and connect to the ethereal. Produced and filmed by the team over at La Blogothéque, I can’t imagine a venue more beautiful or fitting than the Chapelle des Petits-Augustins for this show.

“Under the protection of a copy of the The statue of Bartolomeo Colleoni, whose original form stands in Venice,in front of Michelangelo’s The Last Judgment, in the historic site’s surprising acoustics, we offered to this beloved band the perfect setting to house the orchestral grandeur that their music assumes, to let the percussion reverberate to infinity, to let their voices and guitars echo against the centenary walls covered in artwork”

The full show is available to watch below. Turn the lights off, turn up the speakers, and enjoy an hour of acoustic and visual magic.