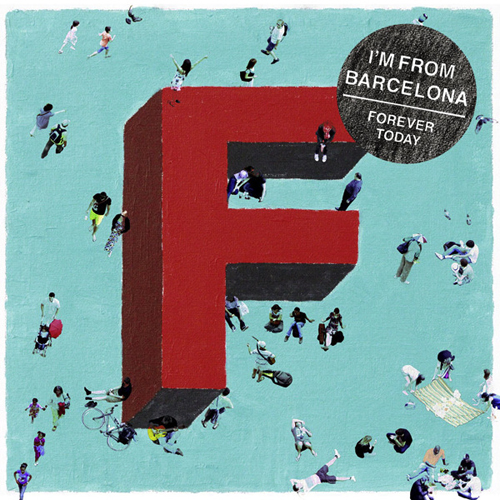 It’s a beautiful day in New York and I’m going to the beach. I woke up this morning and asked myself “summer roadtrip / beach music?” There was only one answer as I saw it. I’m From Barcelona’s Forever Today. If you haven’t heard “I’m From Barcelona” before, they’re actually from Sweden; all 27 of them. They released an epic fun-pop album called “Let Me Introduce My Friends” in 2007, they toured liked maniacs, then they released another album that a lot of people considered a flop. It could’ve been over for them at that point but a few months ago they released Forever Today. Without saying much more, I suggest you check out these songs and then buy the album. It’s a perfect listen if you’re interested in being happy.