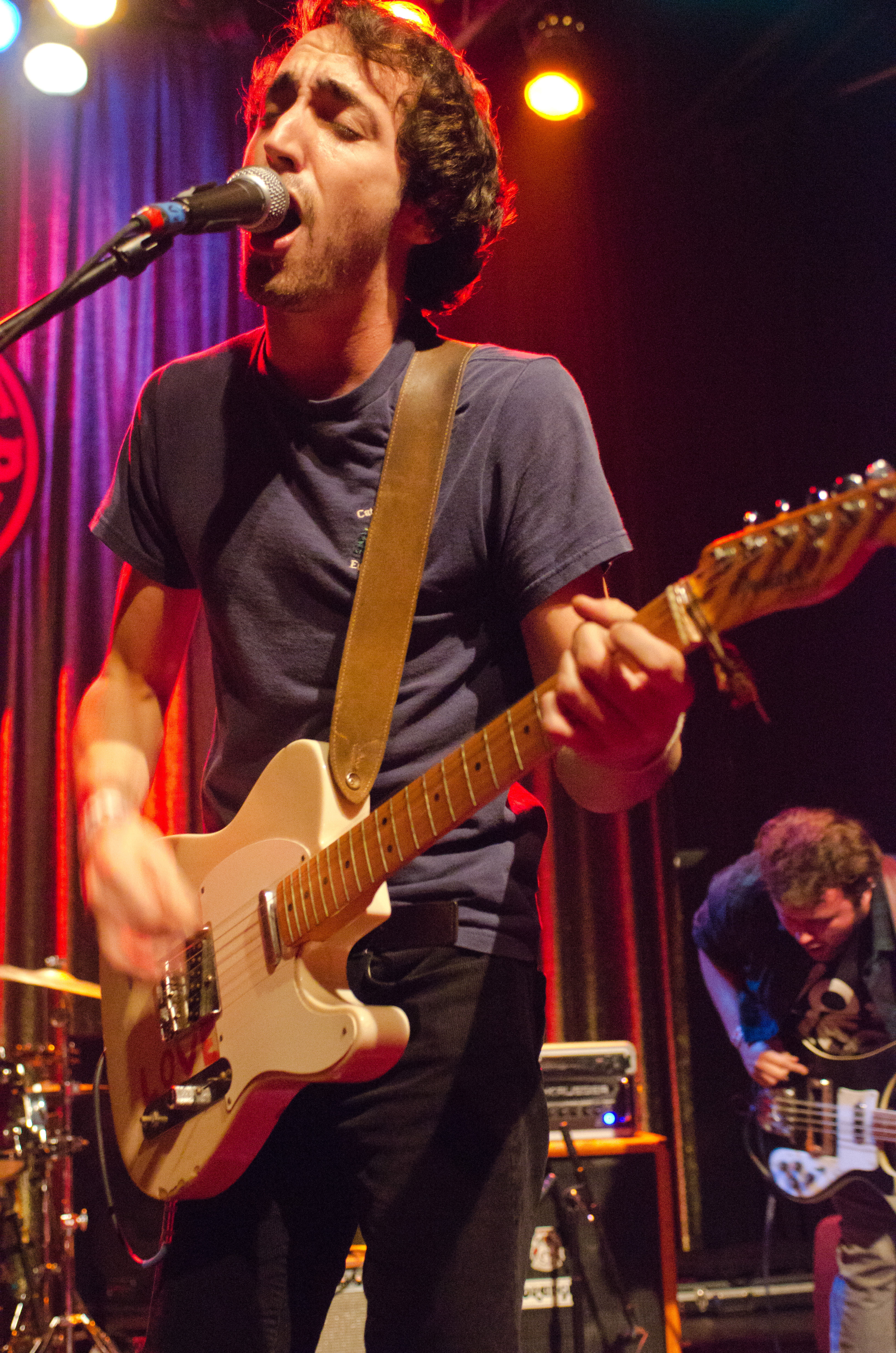 On Friday, October 7th, Sun Hotel released their new EP, Gifts, at a packed One Eyed Jacks. They spent their summer touring, leaving the day after finals and traveling for a solid month, which gave the boys plenty of material for this amazing record. Tour highlights were being begged for an encore from complete strangers in Boston, and Tyler throwing up off stage, mid song, at Free Press Summer Fest in Houston. I think this means he is officially a rock star.
Traveling in a van for a month has a way of bringing people together, and as guitarist Alex Hertz put it, “you just don’t know what kind of person you are until you are sweating profusely,” which what they spent most of the tour doing. Being together on tour destroyed their, “acceptable shit filter,” pushing them to that place where nobody gives a fuck anymore. Its about the music and the experience, not the flat tire in the middle of nowhere at three in the morning.
Gifts really exemplifies the laid-back indie-pop sound that fans have come to know and love from Sun Hotel. From the almost-angsty lyrics of “Got Along” that make you want to sing along with vocalist Tyler Scurlock to the melodic sounds of “Alchemy,” this EP and Sun Hotel have that special something that just makes you want to listen to their songs on repeat.
Keep your eyes and ears open because Sun Hotel and their grassroots label, Chinquapin Records have some very exciting shows coming up. On November 2nd, you can catch them with Dead Confederate at the House of Blues New Orleans, and then later on in the month stop by the November Chin-dig to hear a sampling of New Orleans’ best up and comers.
Check out Sun Hotel and Gifts at http://chinquapinrecords.com/artists/sun-hotel/ and feel free to send Tyler the lovely picture of him that is currently for sale on Ebay for his upcoming birthday.