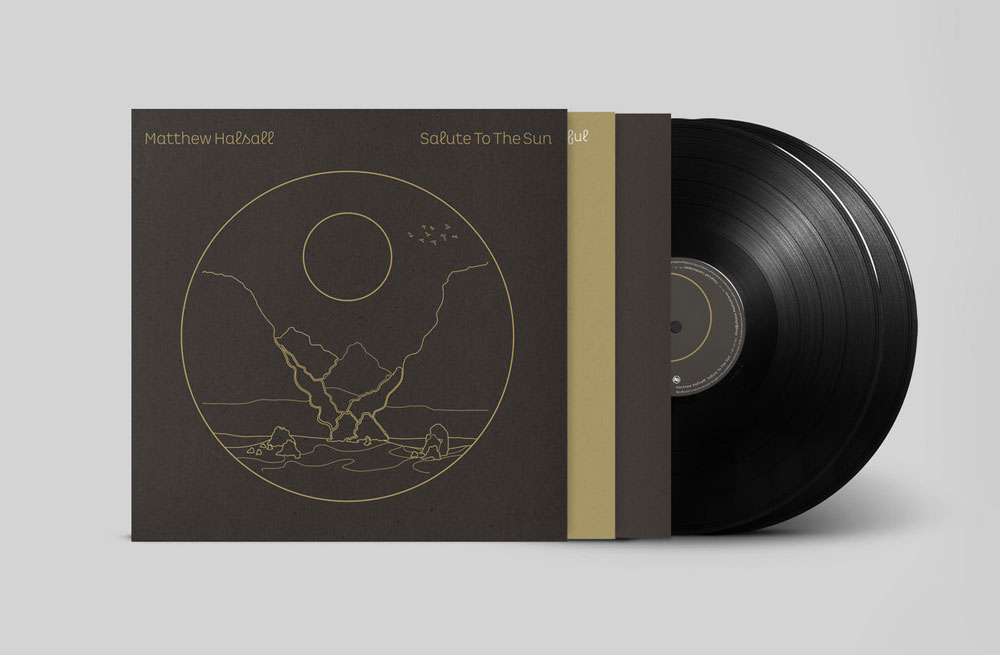 As the founder of Gondwana Records, Matthew Halsall has always been comfortable juggling many different jobs. The British native has been a small business owner, a composer, a producer, a label boss, a band-leader and sometimes even a DJ.

However, Halsall has always been a musician at heart. A soulful jazz trumpeter with an unflashy style and a mission to create a warm organic sound. A sound that draws on the heritage of British jazz, but also builds on the kind of spiritual jazz that American musicians like Alice Coltrane and Pharoah Sanders were creating. A sound that is rooted in Manchester and Northern England where Halsall is from, but also draws on many global influences.

We first came across Halsall at the end of last year and we couldn’t wait to help promote his music here — featuring his single “Joyful Spirits of the Universe” on our first mixtape of 2021. That single is off of his latest album, entitled Salute to the Sun. As the title of the album might suggest, the 7-track double vinyl looks cautiously into an optimistic future. With track names like “Harmony with Nature,” “Mindfulness Meditations,” and “The Energy of Life,” it feels like an album with a positivity and hope at its heart.

“I feel Salute to the Sun is a positive earthy album,” explains Halsall. “I wanted to create something playful but also quite primitive, earthy and organic that connected to the sounds in nature. I was listening to lush ambient field recordings of tropical environments such as jungles and rainforests and found myself drawn to percussive atmospheric sounds which replicated what I was hearing (bells / shakers / chimes / rain sticks) and I started to experiment with more wooden percussive instruments such as kalimba and marimba.”

Salute to the Sun is Halsall’s first album since 2015 when he released Into Forever. For this record, Halsall has hand-picked his ensemble and it features some of Manchester’s finest young musicians. Maddie Herbert is on harp, while Matt Cliffe adds flute and saxophone to the arrangement. Liviu Gheorghe plays piano, Alan Taylor is on drums and Jack McCarthy plays percussion. And finally, long-time Halsall collaborator, Gavin Barras provides the foundation of the ensemble with bass. Barras has been at the heart of Halsall’s bands for over a decade.

Stream three of my favorite tracks from the record below, but I urge you to go out and buy the album on vinyl while there are still copies. This is one of those albums that really benefits as a continuous play.