So, I´m sticking with the Montevideo sound because mostly it´s new, undetected by the local masses and also because I truly believe that despite being such a small city and despite having a music career here is still a privilege for a little few, our underground movement is vibrant and pulsating in many different music directions. What may be usual for a person who lives in bigger metropolitan cities may not replicate in cities with not so many movement as this, but years prove that our actual under scene is diverse and loaded with good potential. And this is a very new thing in Mvd: artists are trying to fit other styles, trying things. And, via bandcamp or soundcloud, we can reach the vast majority of this pushing musicians.

Yes, Montevideo hides a very broad amount of micro scenes that live at their full extent by the night. If you are with the right company, you can end in strange, particular environments: a small metal venue packed, an underground indie fest in a street or a place devoted to trance where people go to play for no more than 60 people, living the raver dream. It also counts with a pretty powerful hip hop movement. In previous posts we were talking about La Teja Pride as its main act, but the list of bands and solo artists is way much bigger, and we´re starting to see people getting more and more specifical, calibrating their art to a more defined concept. 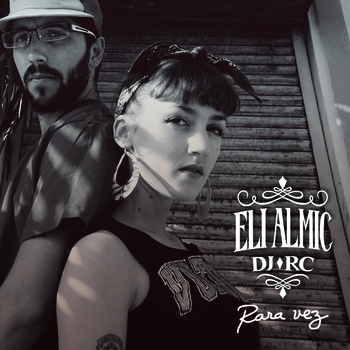 Always more spanish rap than Kanye-Jay z-Kendrick-whatever influenced, the montevidean hip hop has now a female voice that can stand on her own. Because what Eli Almic is accomplishing is the crafting of a voice with sparks of personality and refinement. With spanish singers such as Mala Rodríguez as one of the most visible influences (also male performers such as Kase O and many others seem like part of her influence blend), Eli Almic goes straight to the point: she can move to a more poppy variant of their sound (and often in english, by the way but her music stays more confortable in her local tongue). Her flow always seems to follow a definite pattern and avoids changing in the middle; but she can move with ease between different speeds. The singer also recalls chilean starlet Ana Tijoux as one of her main references.

Based in DJ RC´s beats that plays for her some dissonances and mostly fine parts of metals and keys that have 80´s and 90´s reminiscences, Eli Almic does not have a defined montevidean attitude as other local artists (her thing looks more latin, more continental in the tracks but it´s inevitable more local when she performs live) But above all, her style in this first EP shows her potential to become an artist than can strive to bigger things in the musical scene and also abroad. Besides, her music seems pretty great to try some remixes or mashups.

It is exciting to think where the evolution can take her while we enjoy this first EP. By the way, it is indeed one of the recent sounds that you can´t believe are around Montevideo, that are exciting to discover in a city pointed by its predictability in musical terms. It´s easy to predict nice things for this sound. Actually, the way to listen to it is that: enjoying it with the perspective of better things to look forward.