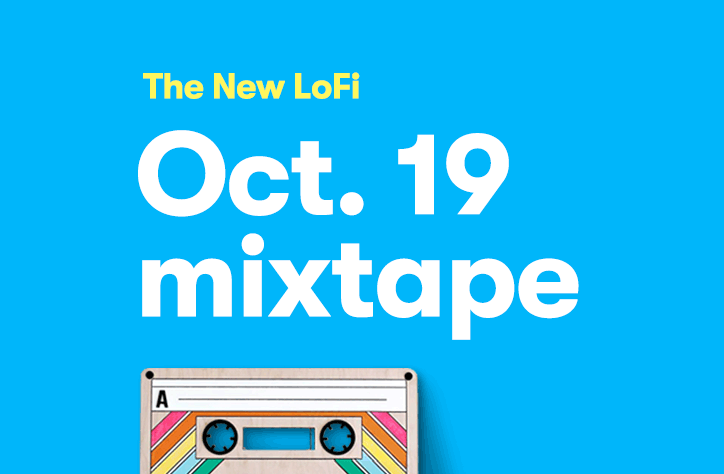 I don’t know what it is about Fall that makes me feel like listening to indie music. Maybe there is more indie music produced in the Autumn months? Maybe it’s that stripped back sound that compliments the season getting crisper and leaves falling…. it’s like nature is stripping back.

Whatever it is, we’ve started the mixtape off with some indie music. There’s a collaboration between two indie artists that we’ve covered a couple of times on the website separately called Yoke Lore and NVDES. This time they got together to make this track called “Everybody wants to be loved” and it’s an absolute anthem!

There’s also a track from Swedish indie producer called Joel Wästberg (aka sir WAS). We’ve included a track from his upcoming album Holding Onto A Dream which features a collaboration with Little Dragon which is pretty ace.

The indie music continues with an Austin, Texas-based artist called Mat Davidson (aka Twain). He’s just released a new album called 2 E.P.s which is a collection of demos that Davidson performed and recorded inside a van.

The album was originally released as a plain yellow cassette tape. (So LoFi!) One side of the tape is called the New Miami Sound EP (that’s the unreleased material. The other side, the B-side of the tape, is the other EP — it’s called the Alternator EP and that’s the songs he recorded in a van.

I’m including the first single off of the New Miami Sound EP; it’s called “Death (or S.F.?).”

The indie music blends right into the next section of the mixtape which is filled with jazz. This month has been really good for discovering new jazz. There’s a song from this Swiss band called L’Eclair called “Endless Dave” and it’s a twelve minute journey into some pretty funky psychedelic jazz.

The band recorded this album by retreating to the the swiss alps and locking themselves up in a mountain retreat. It’s pretty amazing.

There’s also a track off this new(ish) album called Music for Saxofone & Bass Guitar. The record was composed by these two guys called Sam out in LA. Sam Gendel and Sam Wilkes. Additionally, we’ve included a track that Sam Gendel recorded solo (not a part of the Music for Saxofone & Bass Guitar) that is this really trippy electronic / saxophone reinterpretation of “Pure Imagination” — you know, the song from Willy Wonka and the chocolate factory.

The jazz on the mixtape then starts to get mixed in with a bit of African influence with a track from Mulatu Astatke. This guy is the “godfather” of Ethiopian Jazz. The track comes to us thanks to the work that a Lebanese producer called Ernesto Chahoud. Chahoud has spent years searching through old record collections for the very best Ethiopian music. The track we’ve included on the mixtape comes off of Chahoud’s 24-track double LP called Taitu. One LP is called “Ethiopian Stompers.” The other LP is called “Ethiopian Clappers.” It’s a compilation of all the best 1970s dance-floor bangers.

The mixtape rounds off with some fantastic African influenced electronic music including a new one from our fave english producer Dark Sky. There are a bunch of tracks from the Whities label: Nathan Micay, Overmono. And finally, there is a track from Korean producer Hunee which has an absolutely stinking dirty bassline. You’re gonna love it.

Idris Ackamoor & The Pyramids
Radamiz
Stephen Caulfield creates a new ambient album inspired by Iceland and Virginia Woolf
Music for Saxofone & Bass Guitar: an interview with Sam Gendel and Sam Wilkes
New Single from Best Friend: "Forever"
Nick AM releases a new two-track EP
The Lost Tapes — a new collection of rare and unreleased tracks from Norwegian electronic duo Röykso...
Boston-based producer, Forhill creates an ambient disco inspired track on his new single, “Iris”
For Solomun's second full-length album, “Nobody Is Not Loved,” he teams up with an interesting cast ...