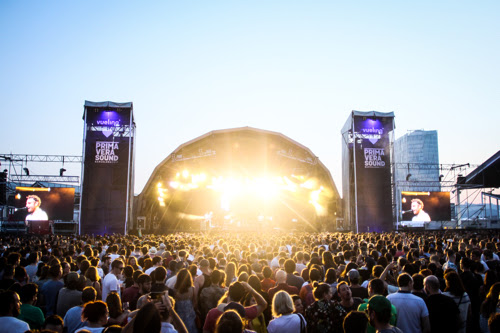 As always, Primavera Sound boasted a massive line-up in Barcelona and they did not disappoint this year. They protected their reputation for having a consistently good line-up year after year with a range of big names headlining the festival including Arcade Fire, Bon Iver, The xx, Solange and Mac Demarco. Add to that the fact that it all takes place in the Parc Del Forum on the Spanish Mediterranean coast, and you’ve got a recipe for a epic festival weekend. 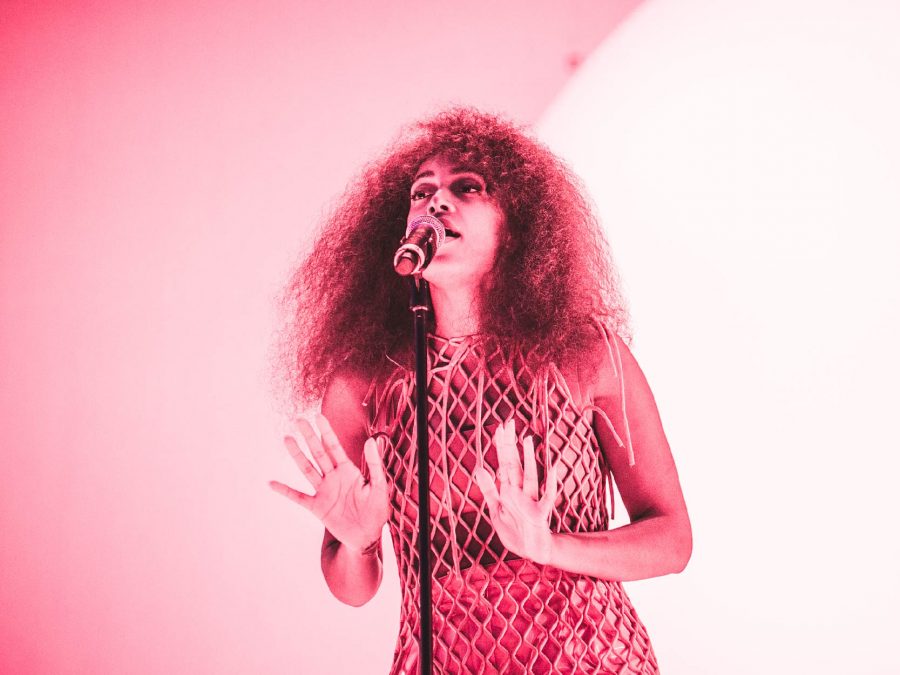 Heading over to the Mango Stage, it was time to get into the festival spirit. I felt obliged to see Beyonce’s sister Solange (out of curiosity more than anything else) and it seemed like the perfect way to start the week off. I have to say that I was expecting pop music and was happily surprised to get her unique flavour of neo-soul music mixed with a disco party vibe. 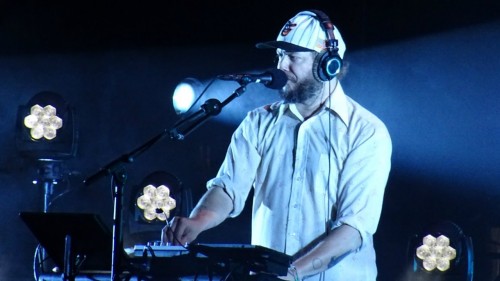 Next up was Bon Iver and although I didn’t know it at the moment, his show was the highlight of day. It was the live performance debut of Bon Iver’s new electronic album 22 A Million. If it wasn’t the first festival he’s played the album at, it’s one of the first. And a lot of the songs off the new album proved themselves in the big venue festival setting. 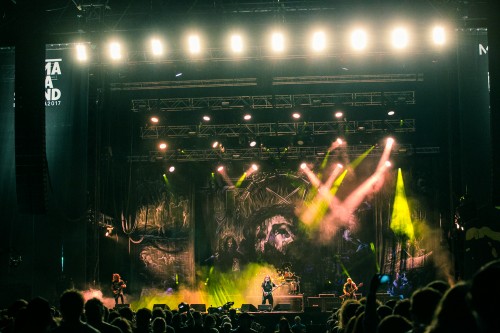 Bon Iver was followed up by a band that dominated the hair metal scene in America during the 80s and early 90s: Slayer. Actually, saying they only dominated the 80s and 90s isn’t quite accurate because they are still dominating today. The band kicked off their new tour at Primavera and played loads of tracks off of their twelfth studio album, REPENTLESS. Yes. Twelfth studio album! I’m not particularly into metal, but that’s impressive. The band took the stage at midnight and absolutely shredded.

To finish off the night, Aphex Twin played an intense electronic set at the Heineken stage. It was everything you would expect from Aphex Twin. Dark, un-nerving at times, with a barrage of unexpected images. 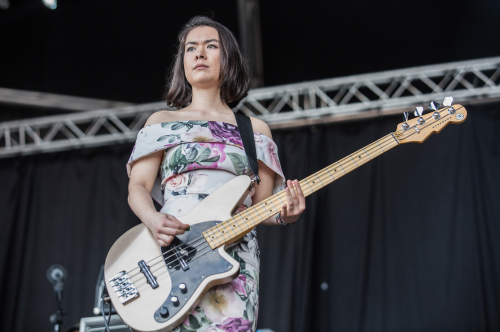 Friday night really kicks off when Mitski climbs the Pitchfork stage just before sunset. The 26 year old Japanese-American singer-songwriter has enjoyed a lot of publicity the last few months after the release of her new album Puberty 2.

Next up was a hard decision between seeing Mac DeMarco, (someone who I haven’t been able to see live yet) and the Descendents (a band that I grew up listening to but was too young to see live). It was a choice between new and old. Curiosity versus nostalgia. Hashtag festival scheduling conflicts. Hashtag FOMO.

It is amazing that the Descendents were still cranking out records and the thought of seeing them play live for the first time brought back childhood memories. I can remember buying their fifth album on cassette tape back in the 90s. I wonder where that tape is now…

I decided to go over to see the first half of the Descendents and then walk over to Mac DeMarco’s set.

I’m not sure what I expected from the Mac DeMarco live set, but I am absolutely sure I was NOT expecting a naked drummer and a half naked whiskey-swigging lead singer who was trying to light his arm pits on fire. Way more energy then I expected from this band. “Cooking Up Something Good” got the whole crowd going. Highly recommend you go see them live.

Walking over to get a spot in front of the stage to see The xx I caught the last half of a band called Arab Strap. Two Scottish guys that talk over electronic music. It reminded me of a more energetic version of another Scottish band called Looper from the 90s. I wonder if they were an inspiration. Either way, I made a mental note to see Arab Strap again. 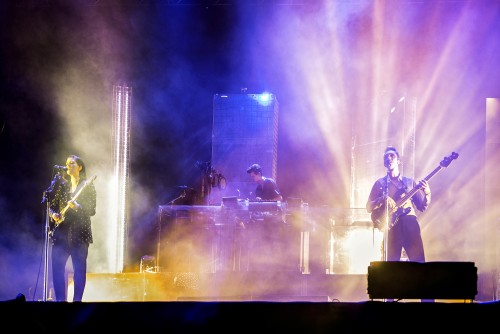 First of all, I know I haven’t been that kind to The xx when it came to reviewing their live shows in the past. This time was different. They were much more lively during their set in Barcelona this year. It could be that Jamie xx’s time away from the band might have had an effect. Jamie xx’s solo music is much more lively then The xx’s sound (which is by no means a bad thing) and his live show reflected that. Whereas The xx have a terrifically laid back sound on the album, you sort of want the live set to be something slightly different. Something more in tune with the live atmosphere. And that’s what you got here.

I reckon Jamie xx has brought that live show sensibility to The xx’s performance. It was a dancier interpretation of The xx rather than just playing songs as they were recorded. 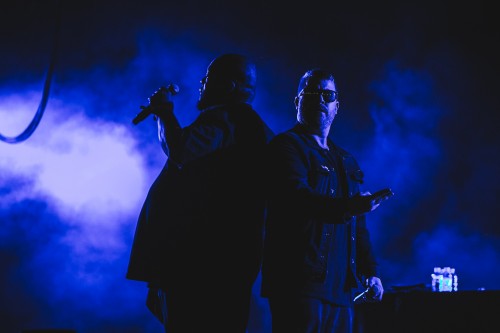 There was a bit of a gearshift when I went from the electronic vibes of The xx to the hard hip hop hooks from Run The Jewels but there was no way I was going to miss El-P and Killer Mike slay the microphone. In fact, the show was so loud at one point I’m pretty sure they blew up their sound system. The duo took it in stride however, with a quick pint-break off stage and then went right back into their set.

After Run The Jewels, I took a walk over to the Ray Ban stage to get set up for the last act of the night: Flying Lotus. 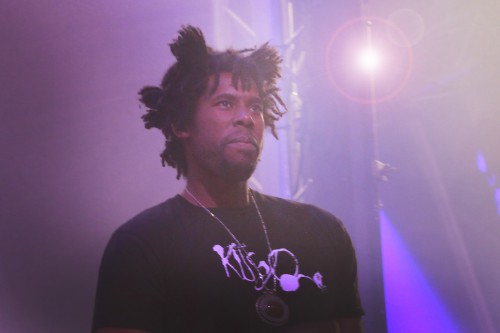 Besides the fact that his set was a bit too short for my taste (he could have played for another hour) Steven Ellison (aka Flying Lotus) always plays a very entertaining show. 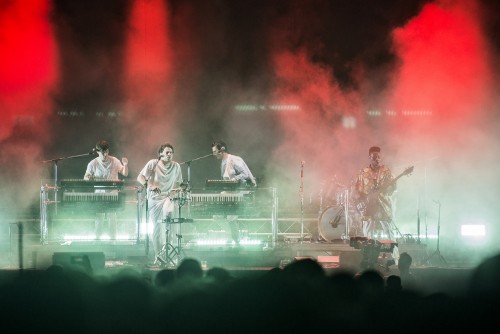 Metronomy was the first big name on my list of people to see on Saturday. With their chilled out retro electronic indie sound, they are the boys of summer when it comes to indie rock. And what better setting is there to listen to that than a beach-side stage in Barcelona?

As a massive fan of The Walkmen back in the day, I was super excited to see Hamilton Leithauser perform solo. That voice of his is incredibly memorable. Highly recommend seeing Hamilton and his band live if you get the chance. 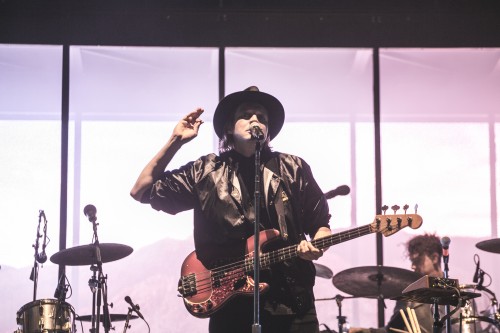 I totally missed the secret pop-up show that Arcade Fire played on Thursday night so it was imperative to see the headliners play their midnight show tonight. They played a new track called “Everything Now” which had the whole crowd singing along (impressive mostly because the song had only been released a couple of days ago and most of the crowd already knew the lyrics). 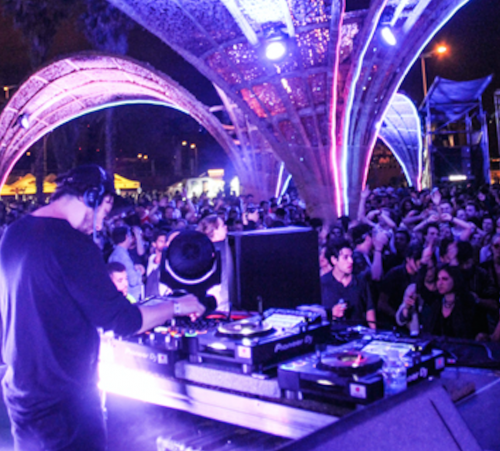 After Arcade Fire finished their set I scurried over to see John Talabot spin some late night disco at the Desperados Club. It was the perfect way to end the Saturday: going from the high of seeing Arcade Fire to a ‘dance-your-ass-off’ disco party curtesy of Mr Talabot. Primavera knows how to party. 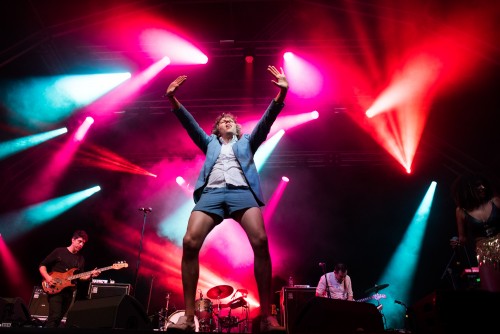