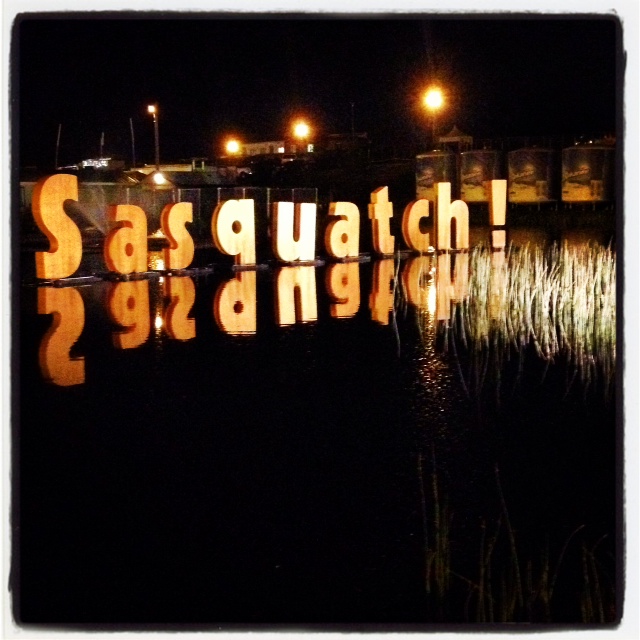 The line lurched forward and the smell of fresh rain on hot pavement swam through my open window. Border guards leaned towards each other with smiles and chuckles, as half of Canada began to trickle back into our homeland. An endless march of cars packed to the fullest; coolers crammed between blankets crammed against people. Girls in sweat pants with their hair in a high bun, and guys in a ratty pair of jeans and aviators. It had been five days since we made the eleven hour sprint down to the Gorge, and we had another eleven hours to go over every minute detail of the festival. Like any trip, there were ups and downs. Absolute highs and the lowest of lows. There were moments when I wanted to drive home, and moments when I never wanted to leave. We may have reached the end, but it all had a beginning.

The clouds were pouring and dampening more than just our clothes. We were already four hours behind schedule, and the companion couple we were supposed to be leaving with made sport of being late. With our patience already running low, the gloomy weather offered no condolences. We white knuckled our way in to the heart of the Rocky Mountains as the rain increased in intensity. Heavy rain turned to snow, and it became apparent we’d have to halt our trip earlier than expected. The four of us took sanctuary over a hot chocolate at Tim Horton’s and reworked our game plan.

The gap-toothed owner had all the callings of a motel murderer. He was friendly to the point of eerie, and his wife smiled squint-eyed from ear to ear. He kept speaking about our arrival as if it was a twist of fate, and I grew keen on making a speedy exit to the nearest pub. Fortunately, we were still in Canada, where nothing bad ever happens and everyone is genuinely friendly. In the end, we were the villains. Our pub fare was refueled by a bushel of beers and a flask of rum, and after several noise complaints from faceless motel transients we were forced to shut down for the night.

For six hours we burned highway. South through the pine of Northern Idaho and west past the Spokane Valley. More and more cars sported Alberta plates, and with each passing glance at another driver, a silent conversation was spoken through eye-contact. We all gave the same look. Anxious anticipation of the unknown. A certain comradery was understood when we passed fellow Albertans on their way to Sasquatch. Although we were strangers, we were allies in a foreign land. This conversation repeated itself every few minutes with a new set of Albertans, and it began to sooth my nerves. A certain confidence could be gained knowing we weren’t the only ones getting nervous as we drew nearer to the Gorge.

Our coolers were stocked as I heedlessly followed the convoy of cars off the main highway. We weaved through country roads as the clouds finally began to break and the Gorge materialized under the waning sun. 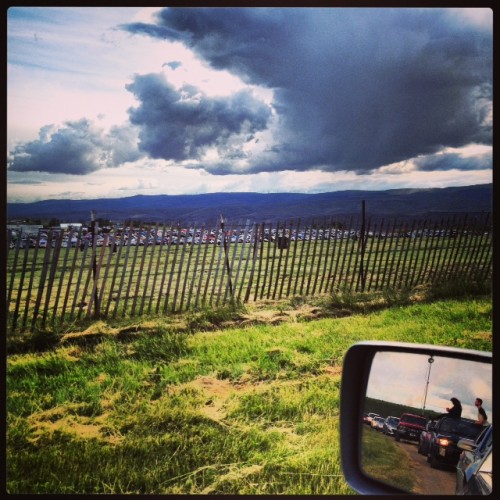 The first glimpse of tent city was astonishing. Thousands upon thousands of cars lined the grassland to resemble a sheet-metal crop circle, and a full-spectrum rainbow of tents dotted every available square foot of grass. Following a surprisingly short half hour wait, we pulled into our spot. Festival coordinators endlessly folded lines of cars back-and-forth in a life-size game of Snake as our troupe scrambled to assemble our tents with varying degrees of difficulty and frustration. Our friends Cody and Jasmine brought a ten-man pop-up tent with a “sixty second set-up time” while Jackie and I bickered over folding poles and which way the fly was supposed to sit on top of our cozy two-man triangle. We looked silly sitting next to the Taj Mahal of tents, but our self-consciousness was shed after the first beer. Our neighbours soon became our companions; eight kids from the valley-city of Kelowna halfway between home and Vancouver. After a number of beers and laughs, the chaos began to rumble through the grounds. Thirty thousand youth, crammed into a field with an excess of liquor, drugs and hormones. From a distant corner of the camp, a loud roar would erupt and consume the whole grounds. A collective battlecry; a communal vocal display of unity and inebriation, all in anticipation of the festival to come.

Midway through the night, our group resolved to stumble into the infinite expanse, joint in hand. Four neo-hippies smiled from the back of a Volkswagen Type-2 bus donned with LED Christmas lights and glow-in-the-dark window paint. I waved and felt their acceptance. Ten kids sat stoic under a giant glowing jack-o-lantern tent, dubstep and smoke flooding out the entrance. Their demeanor was much less peaceful, heavy drugs and hard hearts. Or hard drugs and heavy hearts.. they had the tension and potential energy of an atom bomb. I dared not wave.

Laughter and music. Painted faces played dress-up and made their best impersonation of a now-aging generation. Pseudo flower-children desperately attempted to channel the waves created in the 60’s. The difference being there was no great awakening; no government power waging war on drugs and no palpable dish of “one love” and “world peace” being served. We were a generation without a great war, without the definitive features that made the 60’s such an important decade in world-wide cultural identity. We were still searching for our voice, our meaning. For a few moments, however, huddled around an archaic Coleman camping stove, we all felt the heartbeat that pumped life into generations past. The collective euphoria twined with the notion that “we are not alone”. We are one and the same.

Or perhaps the mental conviction required to eat a cold can of beans made one nostalgic. Was this anything like Woodstock? Could we ever come close? With our relentlessly submersive technology left at home, we were out of our element. We were disconnected, we were offline, and we were wild.

Sasquatch Music Festival
Sasquatch!
The Red River
When we are Wild