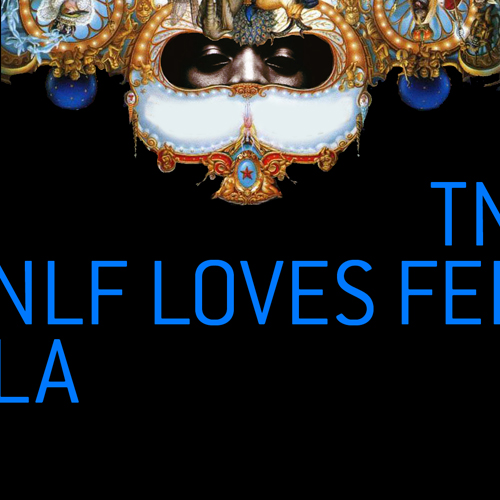 As a long time fan of the legendary Fela Kuti, I decided to catch up on some additional Fela facts the other day. That brought me to the 1982 documentary “Fela Kuti: Music Is The Weapon”. Without getting into a full out review of the film I’ll just say, WATCH IT. It’s a great use of 52 minutes; you won’t be disappointed. After watching the movie and being on a Fela craze, I scoured the interweb trying to find obscure Fela tracks and/or remixes. That led me to the Marksmen Guerrilla Production Network project The King Meets The President In Africa (Michael Jackson vs Fela). In theory it seems like a weird concept to blend the organic fluidity of Fela Kuti Afrobeat with 80’s MJ classics but somehow it works. I suggest starting with these tracks and then downloading the whole album here if you want more.

MJ vs Fela – Don’t Stop Till You Get Enough

Idris Ackamoor & The Pyramids
Ease into the weekend with James Chatburn's latest soulful single, "Howling"
aiwake: Palm City
New indie single, "Neon Sunrise" from The Bergamot
Lee Fields has been releasing music for 50 years, and there is no sign of stopping
Madlib & Declaime announce a new album featuring rare and unreleased cuts that the pair recorded in ...
“Dance ‘till you forgive yourself, Time to make it right” — it's the new single from JJ & The Mood
Alex Falk releases a new 5-track EP on Allergy Season
UK-based producer, Handbook explores the more ambient side of his music with new project: Verdance