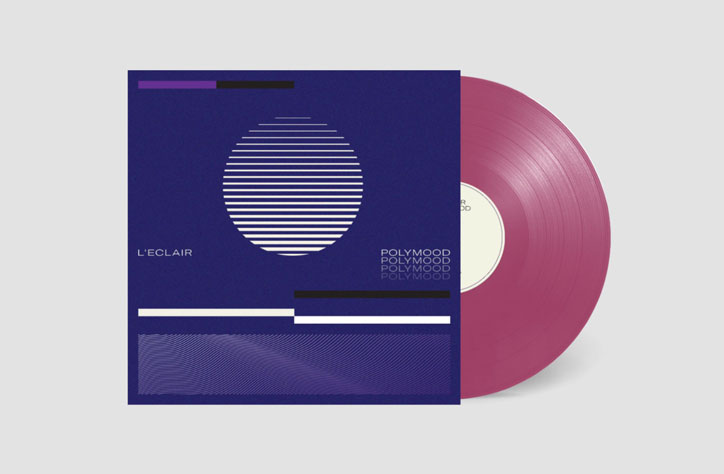 We featured the Swiss-based band L’Eclair last month when we covered their album Sauropoda. It’s an album that was recorded in the mountains of the Swiss alps and explored a “freer sound” according to the band. It pushed their unique sound which crosses jazz with psychedelic rock to new places. But if you really want to understand L’Eclair (or if you just want to hear more of their music) you need to go back to their previous album, Polymood.

Or perhaps we go even further back to when the band was conceived in 2015? Sébastien Bui and Stefan Lilov came up with the idea for the band while they were living in London. Hazy nocturnal walks around London in the winter gave them inspiration but they wanted something bigger. They were in search of a groove. A “Swiss groove.” So they returned home to Geneva, Switzerland to recruit more band members and commence their quest to form a new sound.

Shortly after, long times friend Elie Ghersinu and brother Yavor Lilov joined the band on bass and drums. Then they recruited Quentin Pilet on percussion and Alain Sandri on keyboards and cowbell. Their band was set and a sound began to appear. Swiss Groove™ music.

Polymood is a further expansion on L’Eclair’s quest to channel and honor this new sound and get back to their original 70s influences (Afro-Disco, Kosmische, and early House music).

I’ve picked out the first and last track off the album here, but you should go check out the L’Eclair Bandcamp page if you want to buy a limited edition purple vinyl copy of Polymood (they’re still available!).

Swiss five piece band, Sirens Of Lesbos release their debut full-length album
A lo-fi Christmas mix inspired by hip hop and Charlie Brown
Throwback Thursday: Justin Faust
Interview: Mattari
At home with T.J. Masters — his new single champions the more domestic side of life
Hun Choi has got a hunch that you're going to like his music.
Bringing brass back: Too Many Zooz
Solomun teams up with director Henrik Alm for a music video dedicated to empty iconic music venues a...
The two new singles from Portland-based producer, Rohne bends electronic music into an orchestral sh...