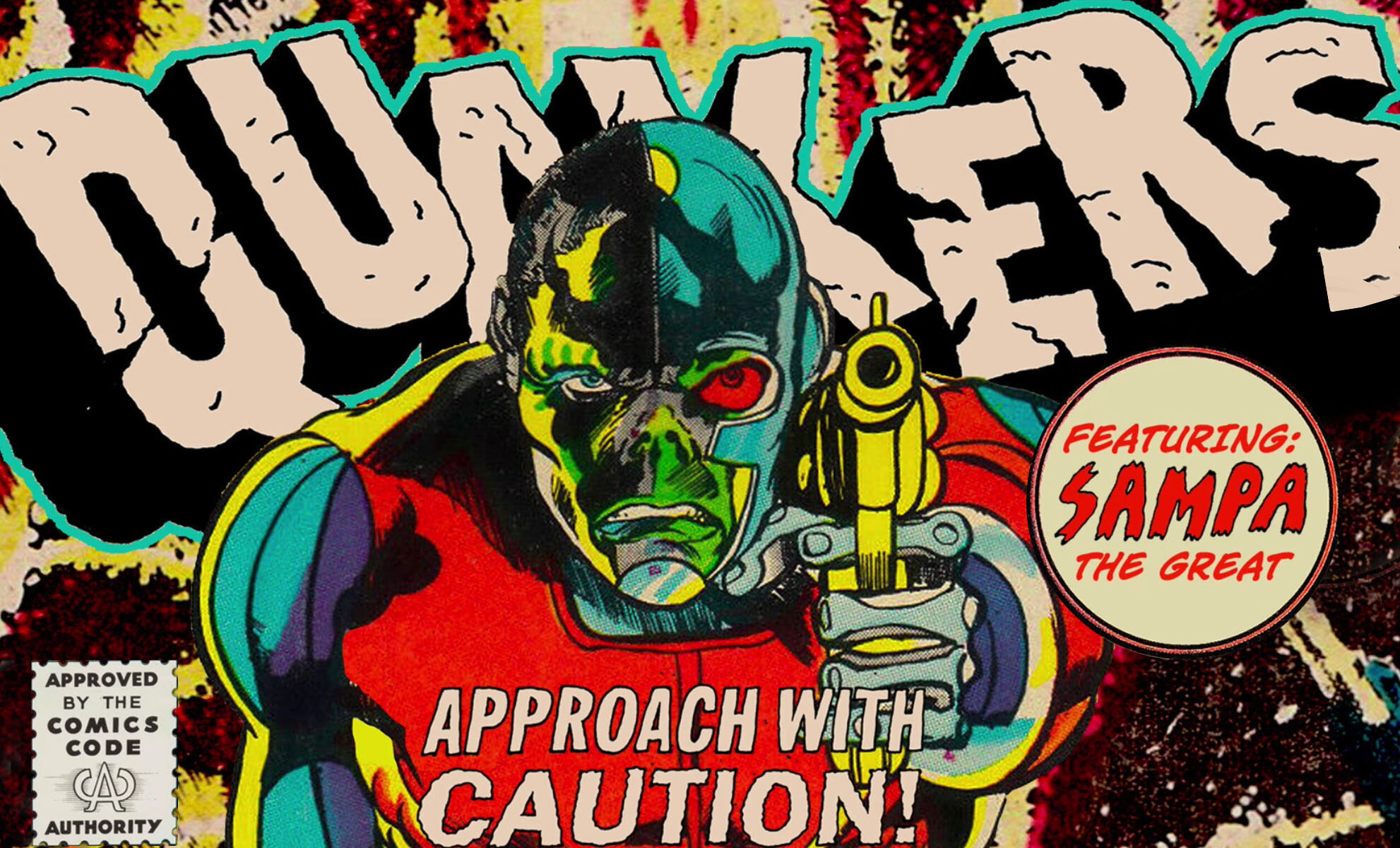 The new double LP from Quakers is a hip hop epic including vocal cameos from, Jonwayne, Phat Kat and Sampa The Great

Quakers is an international collective made up of Australian DJ Katalyst, Stuart Matthews (aka 7STU7) and English producer Geoff Barrow (aka Fuzzface). Some might call them a triple-threat.

Last week the triple-threat released a new double LP entitled II: The Next Wave. The release includes 33 tracks — yes, 33 friggin tracks! — and collaborations with 26 different vocalists including performances from The Koreatown Oddity, Jonwayne, Phat Kat, and Sampa The Great.

When asked how they would describe themselves, the band said: “Katalyst has evolved into Supa K, 7STU7 has taken up intergalactic smuggling, and Fuzzface only communicates telepathically, silently overseeing the Quakers operation from afar.” Sounds about right.

“The new album will address topical issues including systemic corruption, racism and the climate crisis.”

If I was forced to choose just one song for you to listen to off the record, it would have to be the playful piano-plonking twist on a hip hop song called “Approach With Caution.” The track features some effortlessly delivered lyrics laid down by Sampa The Great and sounds like an Avalanches track crossed with an MF Doom joint. It’s dope.

But listen, one track doesn’t do the record justice. Head over to the Quakers Bandcamp page to stream the whole damn copy of II: The Next Wave.