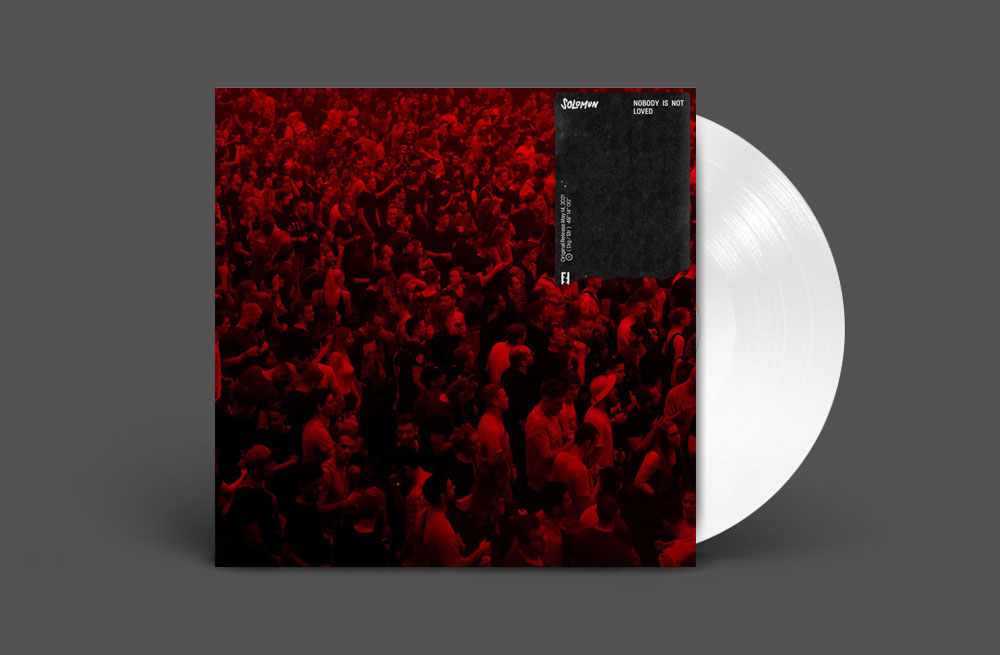 For Solomun’s second full-length album, “Nobody Is Not Loved,” he teams up with an interesting cast of collaborators including Jamie Foxx, Planningtorock, ÄTNA and Isolation Berlin

The highly anticipated second album from Solomun is finally here:
Nobody Is Not Loved.

We got a taste of the new album in October last year when the Bosnian-German producer released the first single off the record called “Home.” The single, and the accompanying video for “Home” were dedicated to all the iconic music halls that were left empty during lockdown. Iconic music halls like the Sydney Opera House, Fabric, the Bowery Ballroom, Ronnie Scott’s, the Burgtheater in Vienna, Red Rocks in Colorado — the track is an homage to the places where the music experience has moved people in special ways throughout history.

In May this year, the full 12-track album was released on white vinyl. Compared to his debut LP (Dance, Baby), Solomun’s second album, Nobody Is Not Loved, takes an entirely different course. While Dance, Baby was produced almost entirely on his own, for this latest album Solomun teams up with an interesting bunch of collaborators including Jamie Foxx, Planningtorock, Zoot Woman, ÄTNA (twice), Anne Clark, Isolation Berlin and Tom Smith.

Check out a few of my favorite singles from the record below, and head over to Rough Trade to pick up the 2xLP in a sweet white vinyl.

Solomun – The Center Will Not Hold