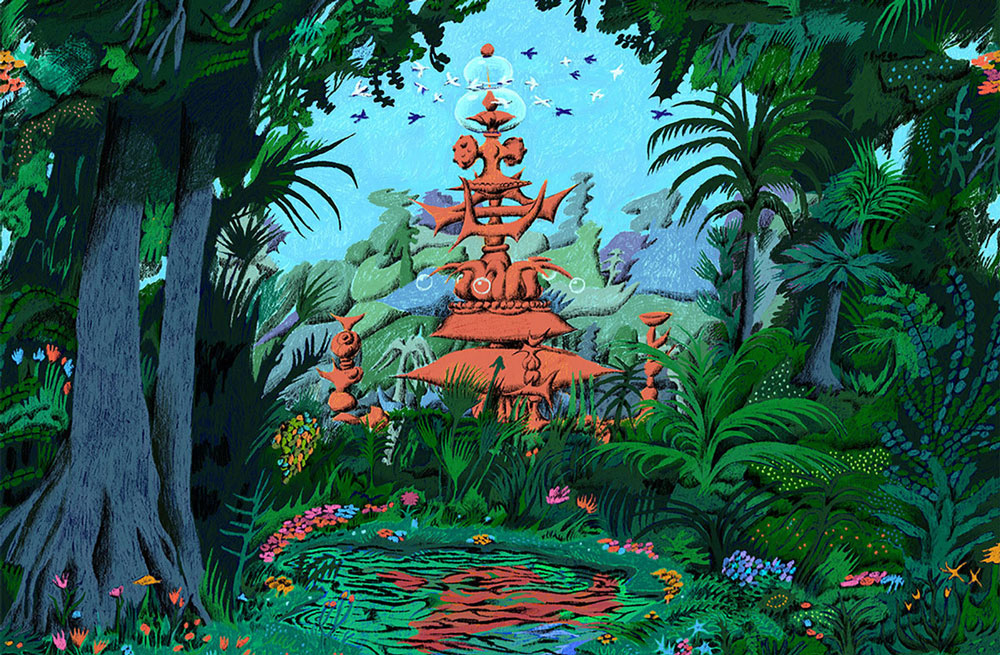 Posted by James Michael on Thursday, May 7th, 2020

I love coming across a piece of music that I can’t quite categorize. Is it Jazz-hop, chill-hop or just study beats? Is it disco or nu-disco? Is it melodic techno or proper house music?

I know this can sound really trivial to most (who cares how you categorize the music??!) but I DO think that the artists that are trying to bend themselves out of the genre box are doing something interesting.

Enter: Holger Schnausen — the newborn alter ego of German producer Sascha Haus. Some describe his new single “Blue Sky” as a smooth pop instrumental meadow of synth music. Others might describe the music as an invitation to sun bath amidst floral waves of elation. Haus describes his process as “gathering moonberries and turning euphoria caused by nature into music.”

A central theme behind the project in general is to avoid labels entirely. Holger Schnausen’s new LP (entitled Mellow Park) is somewhere in between jazz, modern soul, and fusion oriented library music. It’s a personal journey to explore sounds, space and emotion in simple phrases.

The original idea for Holger Schnausen as a project was born during the production of the handmade video game Harold Halibut. The idea was to produce an oddly cheesy synth soundtrack to accompany the game. Many jam sessions later, there was quite a lot material that wouldn’t probably fit into the game but really became the voice of Holger Schnausen — and now the material for the new LP Mellow Park.

All of the tracks on the LP are somehow momentary snapshots capturing the feelings of being outside — laying in a park on a sunny day, watching clouds pass by, listening to birds, hearing the wind in the trees and sometimes driving empty roads at the seaside.

Little Glass Men
Sirens Of Lesbos reimagine The Fugees track "How Many Mics" with their new single "How Many Miles"
Post-apocalyptic pop-noir by NYC-based duo, R. Missing
Streams of Thought: In practice, and in music
Toby Driver Talks Talk Talk
NVDES x YOKE LORE: Everybody Wants to be Loved
Nu Genea pay tribute to the Marechiaro in Naples with their bonkers new video directed by Guido Lomb...
Australian troublemakers, Dubbel Drop, have hit the dancefloor with another sunny house track: "Ecst...
Radamiz