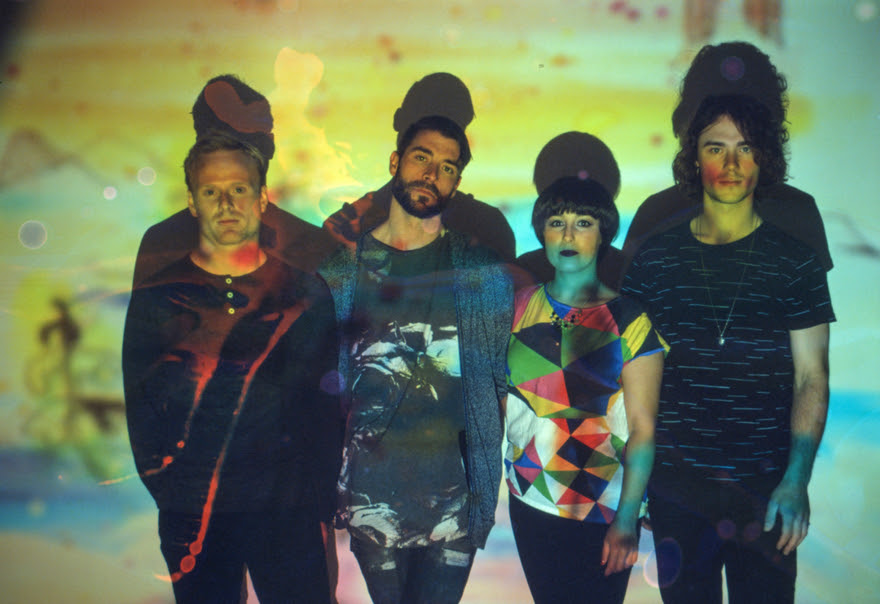 Calgary quartet Raleigh have been nursing a new release for some time now, and our latest teaser comes in the way of a sultry Frank Ocean cover, “Ivy”, paired with a dazzlingly eclectic video release. The production levels flex new musical muscles and mischief as the band continues to dabble in a fresh direction. There’s a full bag of tricks at work here, “Ivy” is a sonic smash from start to finish as co-leads Brock Geiger and Clea Anaïs playfully banter underneath gritty autotune, fuzzy bell-like guitar tones, swimming synths, blissful reverb drenched solos and crunchier chorus chords. Even Anaïs signature cello gets special treatment, soaring and quivering with masterful precision before fading into the distance. Bassist and studio wizard Will Maclellan’s dynamic presence is felt throughout, and the end result is a summer single right on time for roll-down-your-windows season.

The visual accoutrements are icing on the cake, with Anaïs and Geiger donning drag and delivering deadpan earnesty as an elderly couple reigniting the passion they once felt. Shot very much in the tradition of VHS MTV videos in the early 90’s (and supported by the stoic acting of one fuzzy doggo), Raleigh’s latest visual offering is a treat to be enjoyed again and again. Watch it below!

“Ivy” will be released as part of a ‘cassingle’ featuring the first single off their upcoming album “Costume Party”, due July 21st. If “Ivy” is any indication, the album promises to dress-up their talents and deliver one hell of an enjoyable soirée in the process.