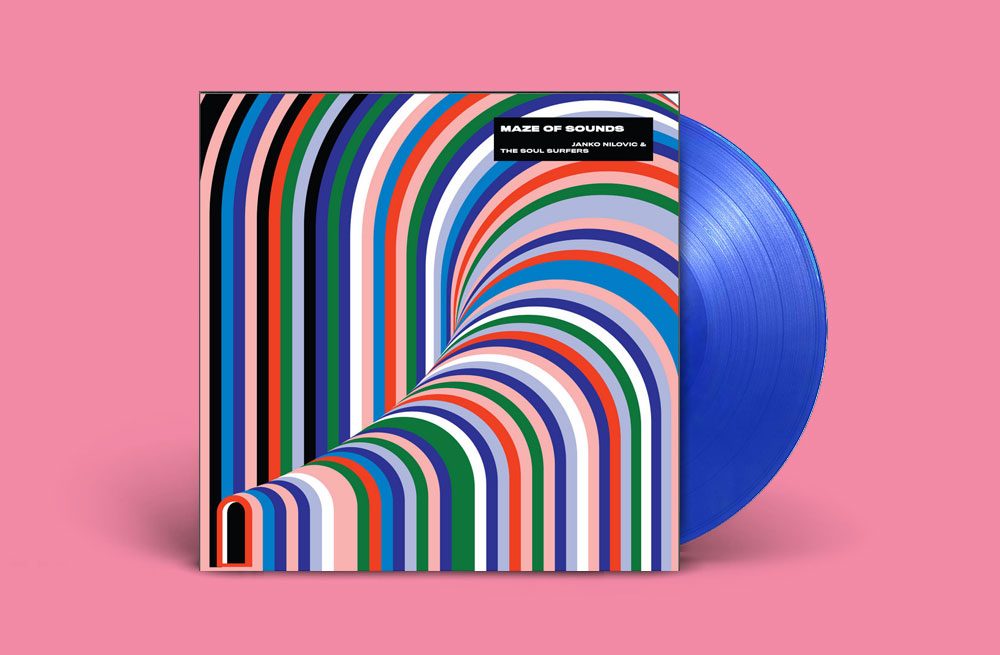 Legendary producer and composer Janko Nilovic teams up with The Soul Surfers for his latest album: Maze of Sounds

By my count, Janko Nilovic has released more than 30 records over his long (and ongoing) career. His music spans the genre divide, crossing over from classical, jazz and soul music to psychedelic rock, pop and hip hop. He’s collaborated with a diverse cast of characters ranging from Ernest Wilson, Gary DeCarlo, Dale Frashuer and Paul Leka. His music has also been sampled by The beatnuts, Joey Badass, Dr. Dre and Jay-Z.

Born in Istanbul in 1941 to a Greek mother and a Montenegrin father, Nilovic was introduced to music at an early age. In his teens he studied piano, oboe and percussion before setting up his own rock band in the late 1950s. Nilovic moved to Paris in the 60s to join a trio of Greek musicians called Les Doussis where he played bass, guitar and keyboard for the band.

Last year, the 79 year-old composer joined up with a Russian quartet called The Soul Surfers to record his 36th album: Maze of Sounds. The 8 track album includes 30 minutes of jazz, funk and soul. Songs like “Prelude” and “Interlude” give you a feeling of effortless jam-out session, while tracks like “Wavy” and “Tha Boogee” embrace the funkier side of things. The title track on the album conjures up the likes of Philip Glass or DJ Shadow with its cinematic organ riff.

Maze of Sounds ships out on vinyl this month via the French label, Broc Recordz. A limited run of 500 hand-numbered albums have been pressed but there are also going to be red, purple, white and pink versions of the vinyl as well (90 copies of each color). Head over to Broc Recordz to buy your copy before they sell out.

Solomun teams up with director Henrik Alm for a music video dedicated to empty iconic music venues a...
What do you know about a DJ called "HAAi?"
Listen To This: Die Antwoord Hit Back At Closing Walls With Slang-slurred “DntTakeMe4aPoes”
Lee Fields has been releasing music for 50 years, and there is no sign of stopping
Harry Nathan teams up with fellow Sydney-sider, Angus1 for new single: “I'm In Need”
Stephen Caulfield creates a new ambient album inspired by Iceland and Virginia Woolf
New Single from TOLEDO
Throwback Thursday: The Stone Roses
Rone enlists four animation film directors to create an exquisite corpse video for his video "Origam...