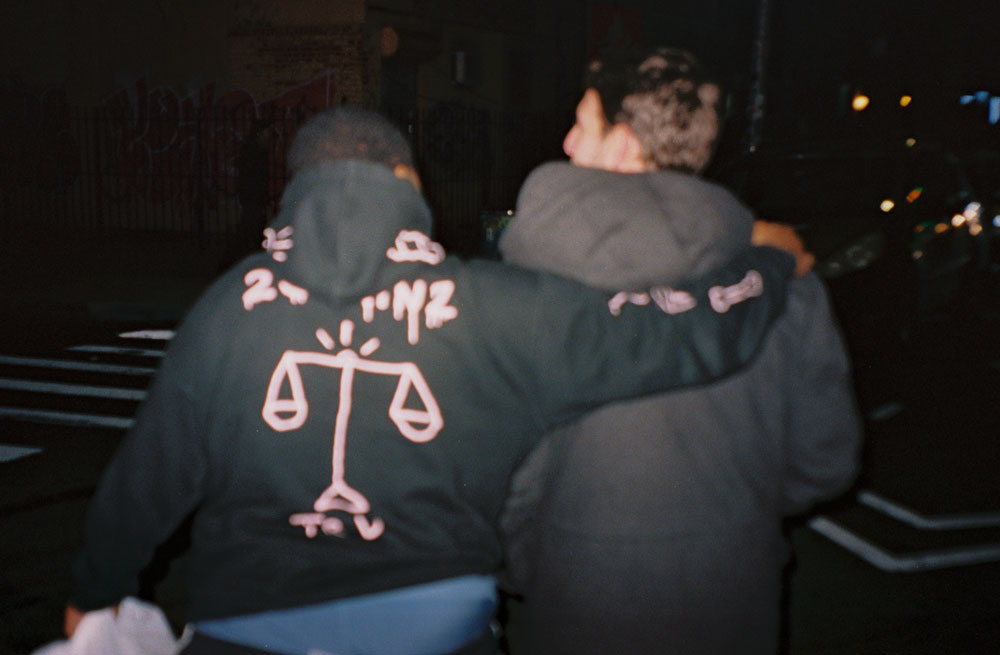 Earlier this year we featured the music of Brooklyn-based dream pop producer, Jake Muskat (aka Sea Glass). His music has been heavily influenced by the isolation and that feeling of needing to get something off your chest but not knowing how to communicate it. A topic that has probably touched many people after the global pandemic shut us all away inside our homes.

Sea Glass returns with a new single that revisits the topic featuring a collaboration with Virginia trans artist, Benét. “[We] became friends over the internet early in the pandemic,” explains Jake when talking about the collaboration with Benét. “I love their confidence and (sometimes absurd) sense of humor. I am drawn to lyricists who can surprise you so when they sent me their ideas for this song, I grinned and audibly went ‘yup.’”

The track is called “(i have jokes If You Wanna Hear One” and it was inspired by a lullaby written on classical guitar. “It took me 6 months of searching for a good top line when Benét offered to write on it,” continues Muskat. “Their playful melody and lyrics just smashed the demo death loop I found myself in into smithereens. It came together very quickly from there. I had my close friend Jared Saltiel add live drums and then mixed it with Abe Seiferth.”

Developing into a soundscape that perfectly encases the warmth and emotive catharsis that Sea Glass continues to showcase exponentially across his repertoire, “(i have jokes) If You Wanna Hear One” comes to life. Enveloping listeners with radiating harmonies, funky rhythms and rich soundscapes, this new single weaves elements of hope, optimism and escapism. Written during Sea Glass’s last few months in Brooklyn as he prepared to depart the city, he confides: “My son was just born and I was both thrilled to have this new love in our family but also overwhelmed with the added pressure that the responsibility brought. The music was a sort of escape from the moment, an idealized version of how I hoped things would go. It was written in the summer and there are definitely summer vibes to the sounds, but the escapism I’m exploring in the music also makes this song relevant for any time of year.”

Have a listen to the new single below and look out for the debut Sea Glass LP to be released in spring next year.

“Stories From Another Time 1982​-​1988” — a compilation of Mário Rui Silva's music
Zhu x Nero make some Dirty Bass with "Dreams"
DUST
Sam Gendel takes us to a trippy new world with his electro-sax rework of "Pure Imagination"
Astronauts, etc.
Sabrina Claudio - All To You (GOVI Remix)
Enter the weird and wonderful world of Moldovan producer: Serge Bulat
Somewhere there remains good in the world: an autumn mix by Benoît Pioulard
Dark Sky's Matt Benyayer teams up with Afriquoi to create a new single for Fabric Presents: "Cold Ha...