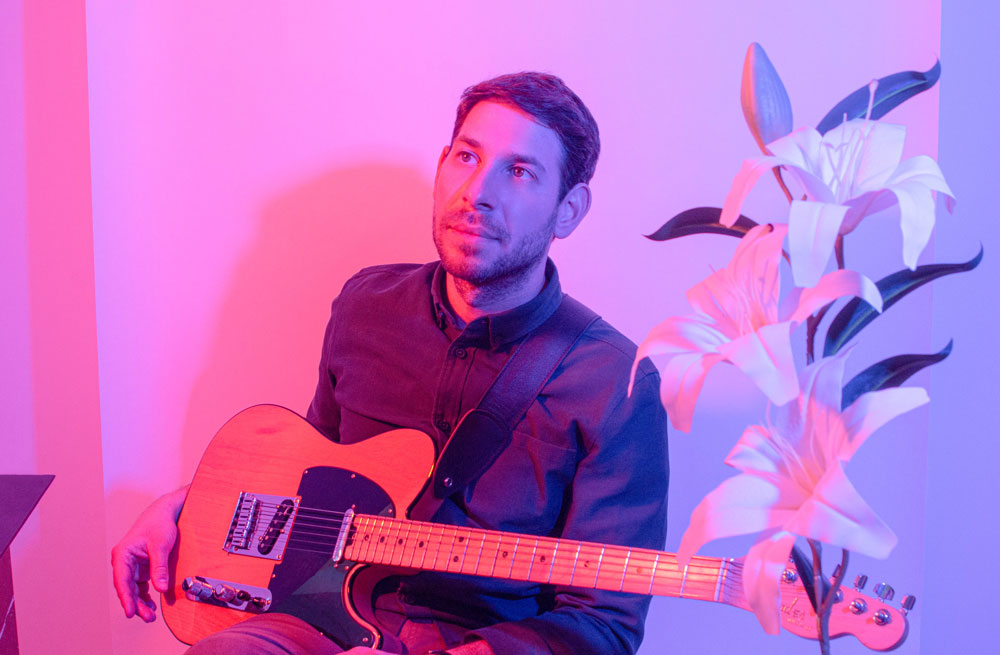 Brooklyn-based producer Jake Muskat is the producer behind modern indie outfit, Sea Glass. His music features a range of influences. From the laid-back hypnotic feel of Toro Y Moi, to the crisp guitar tones of The Strokes, his music creates a sort of indie pop dream world with a sprinkling of psych rock.

Following the release of his single “New Romans,” Sea Glass shares “Elevator Chat” — a song that touches on the feeling of needing to get something off your chest, yet knowing you won’t be able to do yourself justice in verbalizing it.

“It’s the feeling of wanting to get into something with someone, but having not enough time or patience to fully get there,” says Muskat. “The addition of Benét’s vocals helped expand on that theme, with their interpretation of not wanting to get into it with someone because your mind’s been made up. Their lyrics, to me, offer the perfect counterpoint to mine, highlighting the other side of a conversation.”