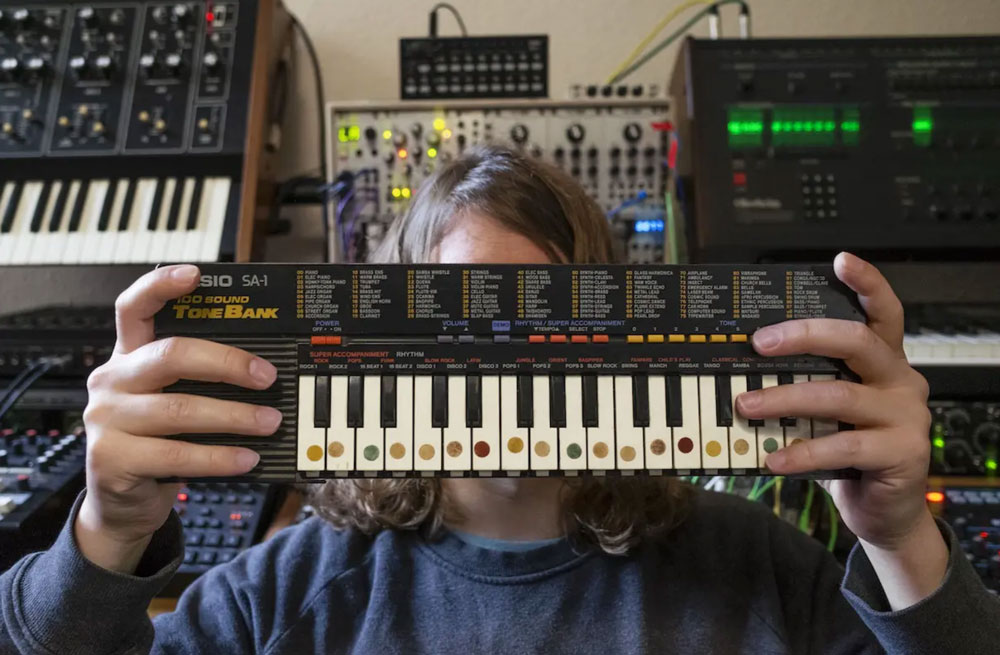 Over the past couple of months I’ve come across an excellently named producer in London called Clive From Accounts. We first featured Clive on our August Mixtape with his 2020 track, “Moon Buggy.” It wasn’t long after that we added his 2021 single, “It’s Not That I Don’t Care” onto our October Mixtape. But that barely scratches the surface of Clive’s accounting talents. He released several fantastic EPs in 2021 including his Strictly Business EP and the Cooking The Books EP which features the dreamy dance floor single: “Gravitate.” With the track’s modular percussion and generous synths, it reminds me of the sort of music Röyksopp or Groove Armada were putting out in the early 2000s.

Listen, I’ll just say it: Clive From Accounts is my favorite electronic producer of 2022. It went from an appreciation of his music over the summer, which then developed to a mild obsession. Then before I knew it, things spiralled into some sort of complex where I wished that I was more like Clive.

Sure, he’s talented; why wouldn’t you want to be like him. But what really sets him apart for me is that cheeky wink and tip-of-the-hat sort of humor he delivers his music with. It’s seriously good deep house we are dealing with here, but Clive is able to make us laugh while we’re enjoying it. I also love daydreaming about the man behind all of this fantastic two-stepping electronic music. I can just imagine a nerdy guy called “Clive” from the accounting department hiding his musical talents to the rest of the office. By day, the Clive is typing up TPS reports and sending faxes; by night, he’s lighting up the dance floor with some sick beats.

The myth behind Clive continued at the end of 2021 when he created his own label, Income Trax. Although he still plans on working with Dirt Crew Recordings in Germany and the Brooklyn-based label, Razor-N-Tape, Clive described Income Trax as his filing cabinet of curiosities.

To launch his label, he released Alan EP — a record dedicated to the English comedy TV series, I’m Alan Partridge. All of the music on the album was made using only samples from the TV series. Over 100 samples were repurposed into the two title tracks of the Alan EP. “Alan A” is a raw yet melodic delivery of house music containing everything from drawer slams to air bass. Things take a dubby turn for the second single on the record, “Alan B.” Late night broken beats and sultry bass worthy of Alan’s Deep Bath. Featuring Alan’s long-suffering personal assistant, Lynn, on jungle time-stretched vocals.

“I think a lot of this was just me wanting an excuse to watch Partridge for the thousandth time,” explains Clive when talking about how the Alan EP came to life. “I basically took notes and sampled as I went. It’s a weird way to watch something. By the end, I was a half-crazed sound effects digging savant, cursing the audience for ruining all my glorious loot with their hollow laughter. There were good sounds everywhere though, like farmers dropping a cow on Alan, Owl sanctuary hoots, the microwave ping at the BP garage, Alan tapping his glass to make one of his terrible toasts and many more. I have an Excel spreadsheet of the samples if anyone’s interested. …What am I doing with my life?”

This is just sort of the nerdy dedication and care that Clive puts into his work that puts it above a lot of the other music in the genre.

This year Clive dipped his toes into the disco paddling pool with a new single on the Future Disco label called “You Understand.” The track features a big bouncy bassline and some dusty disco vocals.

He also released a stunning new EP called Pearls that features three new tracks and a bonus recording of “Gravitate.” The record sees Clive exploring a new side to his musical vocabulary where he crosses deep house with uplifting synth-based electronica. The album’s title track features the amazingly talented London-based musician and composer, Jessica Roch, on violin and vocals. The B-side features a blissed-out synth banger called “Rough and Tough” that would get any sound system bouncing. Would love to hear this on in a big open festival field.

He’s also dipped his toes into the disco pool this year with a new single on the Future Disco label called “You Understand.” The track features a big bouncy bassline and some dusty disco vocals. There’s just no end to Clive’s talents it seems.

If you are as smitten as I am with our man from the accounting department, I highly recommend you buy his Pearls EP on vinyl while there are still copies left. You will not be disappointed. But in the meantime, get an injection of Clive from a selection of my favorite tracks below.

Clive From Accounts – It’s Not That I Don’t Care

Clive From Accounts – Tell Me

Clive From Accounts – You Understand