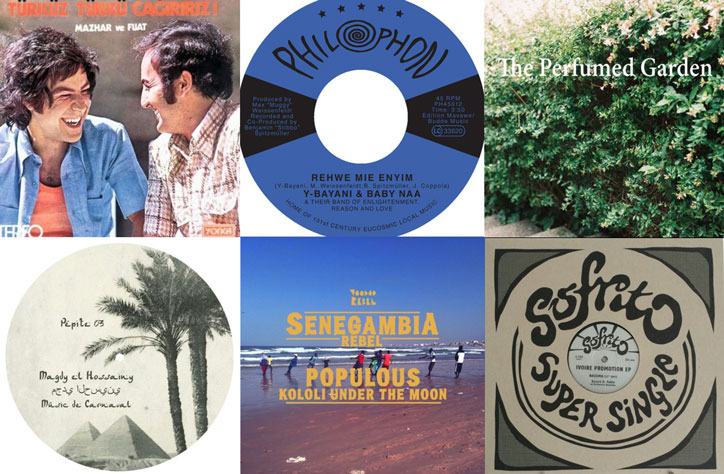 A collection of Indian, Highlife and Arabic electronic music from around the world

I’ve had a growing collection of music from around the world building up on my rotation that isn’t quite new, but still interesting. I thought I might compile some of the tracks here for your amusement.

The collection ranges from North African and Arabic jazz, to Indian electronic music. There’s a cinematic overture from an Australian four-piece band called Krakatau, there’s a reworked version of a Turkish pop song that Action Bronson uses on one of his tracks, and I chucked a bit of Pharaoh Sanders in there at the end just for good measure.

Bazaré D. Pablo et Orchestre – Nassima
Recorded in Abidjan in 1975 by the mysterious Bazaré D. Pablo, this track is a hybrid of soukous and highlife that takes us along a journey of thumping percussion, intricate guitar, and a solid bassline.

“Dance ‘till you forgive yourself, Time to make it right” — it's the new single from JJ & The Mood
Regrowth Remixed
Lee Fields has been releasing music for 50 years, and there is no sign of stopping
With "What if", The Murlocs Could Be On The Cusp of Breaking Through – No Gizzard or Wizard Required
Hello, World
Christmas Beats by Jonwayne
Some lo-fi study beats to ease you into the week
Max Cooper teams up with director Kevin McGloughlin to create a mesmerizing video for his single "Re...
Michael Belsar remixes the latest Fonteray track into a deep house harmonic belter