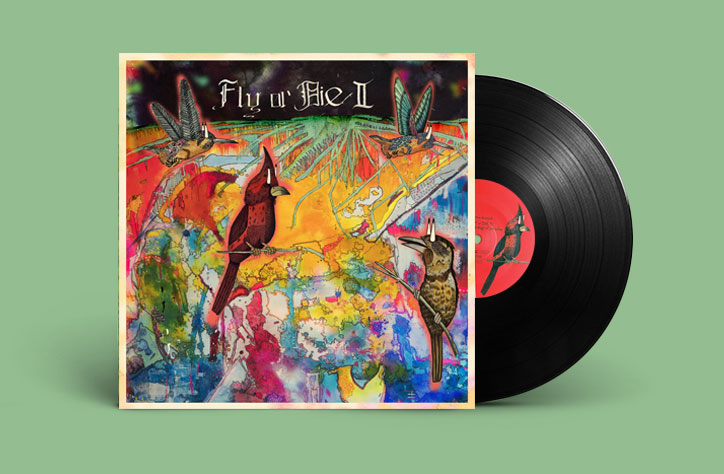 FLY or DIE II: Bird Dogs of Paradise is Jaimie Branch’s follow-up to her 2017 debut FLY or DIE. With her second album, the trumpeter and composer sets her sights on social injustice in contemporary America. And for the first time, we see Branch singing on the record – a nice compliment to the horn section.

“So much beauty lies in the abstract of instrumental music, but being this ain’t a particularly beautiful time, I’ve chosen a more literal path,” explains Branch. “The voice is good for that.”

On the album’s second track “Prayer for Amerikkka pt.1 and 2” Branch calls out “a bunch of wide-eyed racists” between trumpet ad-libs and a backing track filled with down-tuned blues. Branch’s trumpet is always the lead – sometimes soft and pleading, sometimes confident and overwhelming – but her voice acts as a grounding device throughout.

Check out a couple of singles from the album below and then get your copy of FLY or DIE II: Bird Dogs of Paradise on vinyl (featuring cover art by John Herndon) at the Jaimie Branch Bandcamp page.

The Orielles - It Makes You Forget Peggy Gou Re-Work
London based alt-pop duo, RINNGS release their melodic new single: "It's Coming Back"
Magic Bronson creates a new summer anthem with their track "Tell All Your Friends"
San Francisco based duo creates an amazing blend of lo-fi house with sounds of the subcontinent in t...
"Bird Dogs of Paradise" — Jaimie Branch's follow up to her record "Fly or Die"
Nu Genea pay tribute to the Marechiaro in Naples with their bonkers new video directed by Guido Lomb...
Dream Pop meets Pop Noir on the new EP from New York based duo, R. Missing
July 2019 Mixtape
A journey through experimental music, dancing, and dreamscapes with Brazilian DJ Acaptcha