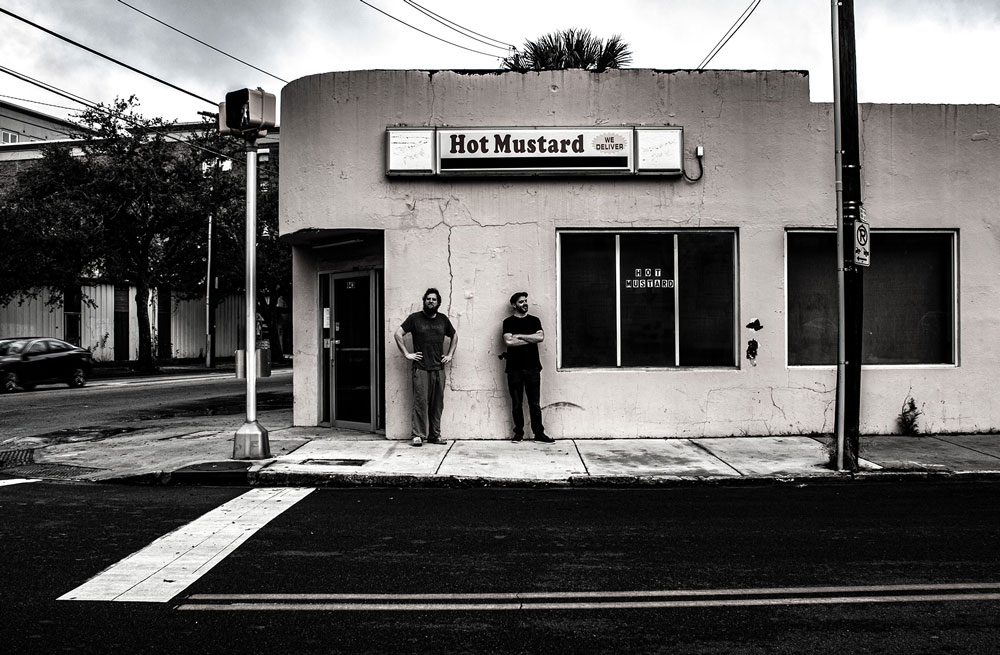 The funk and soul duo, Hot Mustard are currently gearing up for the release of their second full-length album, entitled Seconds. To whet your appetite, they’ve just released a new track called “Naked When You Come” (originally recorded by The Lollipops in 1966). This is the first music they’ve released since their debut full-length album, Mother Sauce (dropped earlier this year).

The music video was created by Jack Powell (multimedia artist/guitarist/producer). He assembled clips from old films to make a video collage that explores the concept of “you can’t take it with you” — the universal truth that we all must part with our earthly possessions upon death.

“Most of the art I make involves some sort of found objects and assemblage” explains Powell when talking about the video. ” For the ‘Naked When You Come’ video, I sifted through many hours of old public domain footage in search of compelling imagery to compliment the heavy theme of the track.”