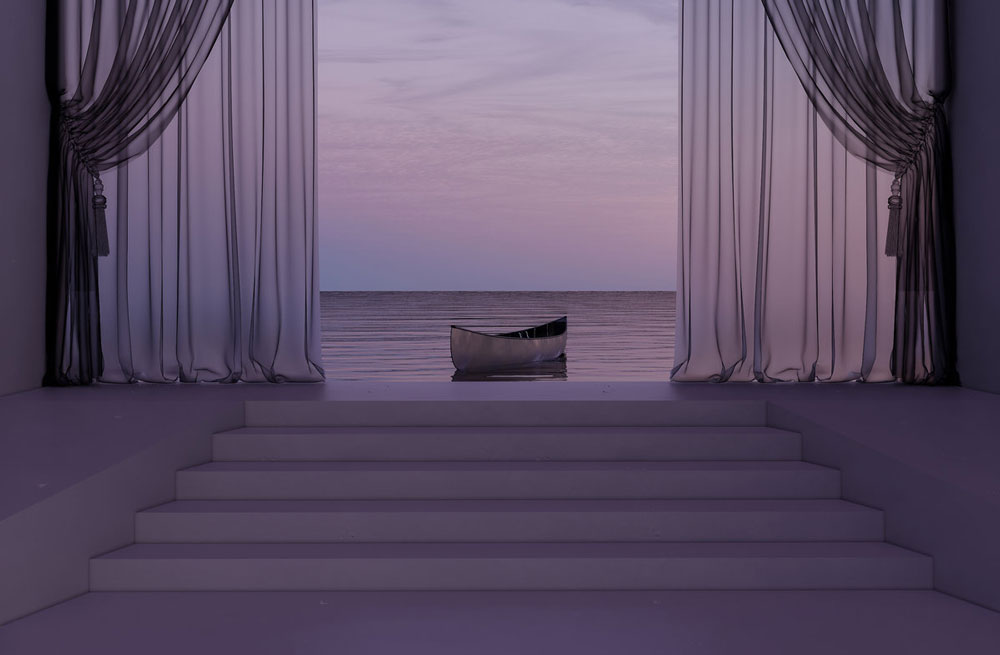 Last week, the NYC-based duo, Sharon Shy and Henry Frost (aka R. Missing) released their brand new single called “New Present City.” We first came across the two alternative electronic artists in 2018 with the release of their debut EP “Unsummering.” Ever since then, we’ve been eagerly following their rise, most recently with their dreamy, pop-noir single, “Placelessness” (a colaboration with Canadian producer, Pilotpriest and German producer, The Field).

“New Present City” begins with a simple drum machine pattern before the vocal track enters from far away and the bassline begins to emerge. A dystopian cityscape starts to come into view: “New Present City, why did you spare me?”

The track is brought to life with the accompanying video, directed by French cineaste, Dominique Eyraud. Starring Emilie Lacape and Nel Jude Lene, the music is filmed in Charleroi, Belgium and follows the characters around the new present city.

Bluestaeb: Everything Is Always a Process (LP)
Boston-based producer, Forhill creates an ambient disco inspired track on his new single, “Iris”
The new Sea Glass single creates an indie pop dream world
Sweet sweet burgling music from the Tel Aviv-based producer, Ori Kastiel
February 2020 Mixtape
Some playful Dutch House to kick off your weekend
If you are missing the sunshine, London-based R&B producer, Greentea Peng has got what you need
Belgian techno producer Kr!z takes us into space with his new Resident Advisor mix
"Music for Fifteen Emails" —– A new album inspired by the empty streets of coronavirus-stricken New ...