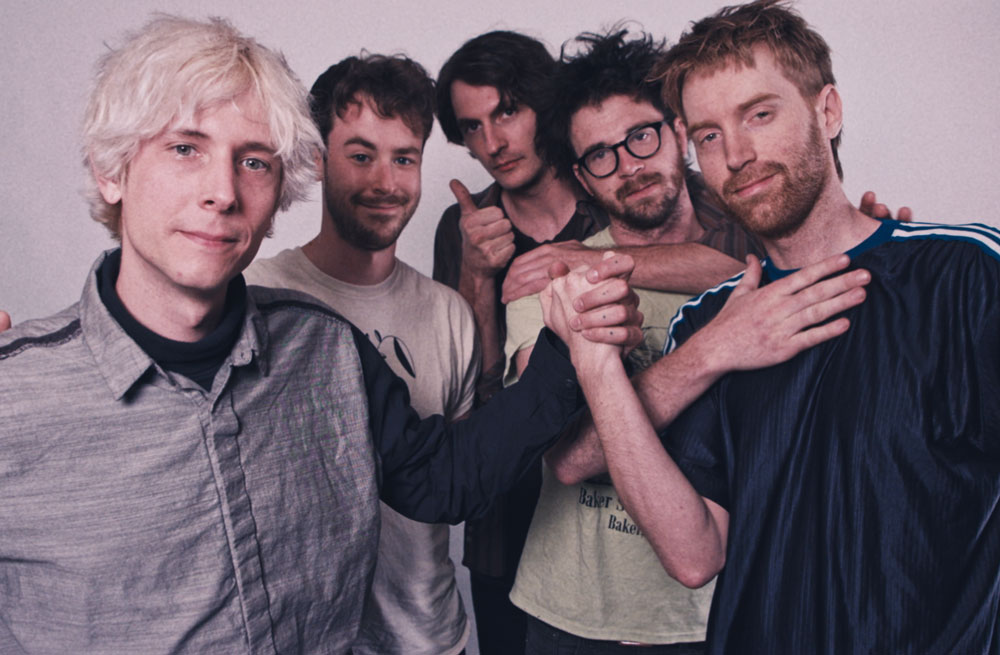 As someone who grew up among the pine barrens of Long Island, I was very curious when I was sent some music by a band named after the region. The five members of Pine Barons hail from another part of the pinelands down in southern New Jersey. It’s the largest part of the pine barrens; a region that stretches from southern New Jersey all the way up to the cape of Massachusetts.

The band’s beginnings are partly owed to the outdoor pine forest wonderland that was just on their doorstep. Pine Barons came together as a band around the campfires and nature-rich environment that each of the guys grew up in.

Since coming together in 2017, the band have released two full-length albums. Their debut, The Acchin Book, was a mixture of traditional indie sounds combined with a collection of alternative recording techniques — field recordings in the woods at night, accordion, string arrangements and bowed guitars all contributed to the various moods and textures of the record.

Their follow-up album, Mirage on the Meadow, was released when the global pandemic was just settling in. As a result, the album is more intimate and insular. All the songs were written, produced and engineered by frontman and multi-instrumentalist, Keith Abrams. During the process of writing the album he explored themes of human connection while acknowledging impermanence and death’s inevitability. Sonically, Mirage on the Meadow is a psychedelic amalgamation of graveyard shifting indie rock — full of the dread we all experience while retaining a cautious optimism that propels its rich, colorful sound towards a brighter future.

During the mixing process, Abrams stumbled upon the music of cult favorite Japanese band, Fishmans (active throughout the late 80’s and 90’s). He fell in love with their unique mix of dream pop, psychedelic rock, trip-hop, dub and reggae. Unable to speak the Japanese language himself, Abrams set out to discover what the lyrics actually meant, and with the help of a Japanese-speaking friend, came up with lyrical English interpretations of the late Shinji Sato’s words. After Sato’s copyright successor passed along his blessing to move forward, the new Pine Baron’s album was born: I LOVE FISH.

I LOVE FISH is a tribute album in the truest sense. Produced and engineered in-house, Pine Barons brings its own flavor to the arrangements and compositions that comprise nine Fishmans songs. The album also includes an ambitious fan-favorite — the 30-minute track “LONG SEASON” — a song that has never been attempted as a cover before. Abrams recalls hearing Sato’s voice for the first time, noticing that “without even knowing what the lyrics were, I felt such a strong connection to the voice that sang them. It confirms to me the genuine beauty of that voice and how universal music truly is.”

Check out our favorite single from the album below. And head over to the Pine Barons Bancamp page to support the record.