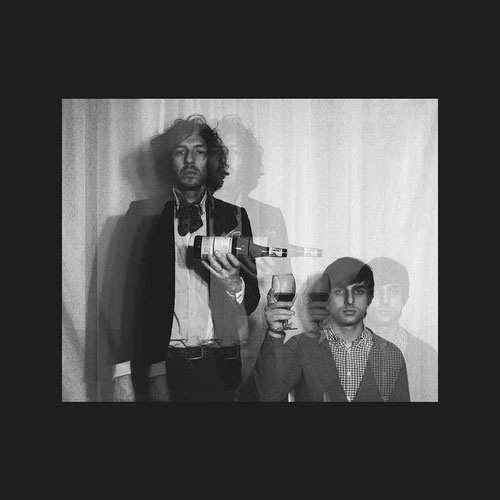 Casimer & Casimir is a story about an uncle and his nephew partnering up to make a fantastic band. Casimer Pascal (the uncle) left the tiresome blight of Detroit in search of a living in Chicago. His 20 year old nephew, Vincent Casimir, followed suit Amtrakking his way across the midwest to a room in his uncle’s home.

Beyond blood, the two found they had much in common. This especially became clear when Vincent asked his uncle to compile a list of must-hear music from every decade from the 60s on. Casimer proudly remembers the experience, “he dug everything I threw at him be it Steve Reich or Neu!, The Associates or Rollerskate Skinny, et cetera.” Listening together turned to playing. They began improvising in Casimer’s basement studio space, mostly hour long workouts making noise with guitars, tweaking synths, turning dials on delay pedals, banging drums & drum machines, and soon song-like structures began to emerge. “I found he was a great guitarist,” Casimer says of his nephew, “someone who can tackle technical complexities, but never losing melody…never letting the mechanics get in the way of the soul.”

They found themselves becoming serious about setting aside blocks of time in an attempt to write & record together. By springtime pulling together all of their commonalities Casimer Pascal & Vincent Casimir christened themselves Casimer&Casimir.