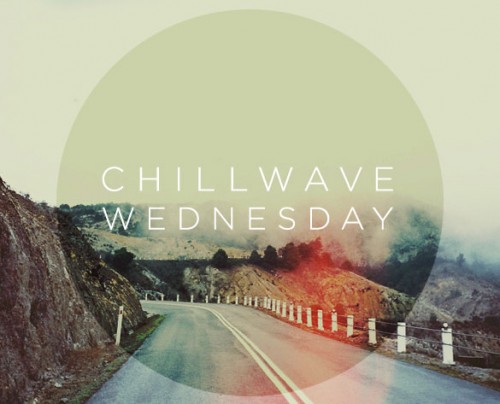 Maybe it’s because this Winter is extra grey, but I’ve been listening to far more chilled-out music then in past years. Here’s this weeks dish on the laid back tracks:

Hot Toddy – Down to Love (Henry Krinkle’s Lush Haus Mix)
Henry Krinkle has started to pop-up a lot lately for me. We featured his single “Stay” last week on Chillwave Wednesday, and now he’s caught my ear with this “Lush Haus Mix” (as he calls it) of “Down to Love.” Defo worth checking out his Soundcloud page. He’s got a bunch more tracks as well as some dope mixtapes.

Millionyoung – Lovin
“Lovin” is a shaking smooth track. Great mixture of rock and electronic elements. I’d say that this is a great mood-setter for the upcoming Valentines Day festivities going on tomorrow. Look out for Millionyoung’s upcoming record “Variable” due out on Old Flame Records sometime this month.

Giraffage – Feels
San Francisco native Charlie Yin (AKA Giraffage) owns Chillwave Wednesday by now. Giraffage is pretty much the reason why we started this post in the first place, and he never fails to supply great tracks to The New LoFi. He has such a Chillwave, Dreamscape, Trip-hop, (almost Trap) sound that is so uniquely his own.
Yesterday Giraffage posted up his latest mixtape “Needs” featuring a bunch of new tracks including “Close to Me” and “Feels.” Check out the single “Feels” below, and also look out for this chillwave ninja when he goes on tour in Europe with the likes of XXYYXX and Slow Magic. Check out Facebook for Tour dates.