Poetry, electronic arrangements, and a folk soul are part of what turns emergent singer/songwriter Laura Chinelli’s new record Infinito into a nice addition to the 2014 record crop. In this one, this montevidean girl throws herself into different kinds of experimentation with synthesizers and other artifacts, something that is in the DNA of her previous efforts. But here, Chinelli seems to take another step forward to become one of most capable Uruguayan artists in terms of letting different voices/production styles/influences invade her music, whether it’s trendy or not, local or global. 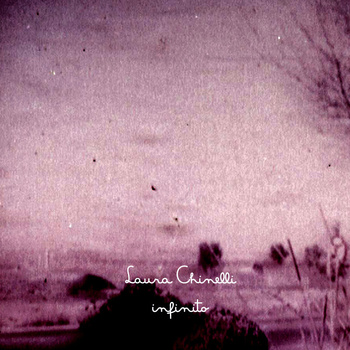 Since her first recordings, Chinelli seemed like an artist worried about giving her typical folk singer background (with lots of influence from Uruguayan legends of the genre) a twist of this electro sounds, something that she seems to be performing increasingly better given what can be heard in this new LP produced by Sebastián Peralta, who previously worked with local favourites No Te Va Gustar and other well received emergent acts such as our hip hop´s new hope, AFC. One good example of how good Chinelli can be at handling these subtleties could be this song:

What is still there is the tenderness of all of her tunes, something that she mantains even in the most uptempo tracks like El vestido negro, when her voice gets surrounded by some old fashioned electro dance sounds and other deformities. Nothing sounds entirely fearless but it´s remarkable that she keeps looking for her own musical path without prejudice.

You can check all Infinito in her bandcamp page.