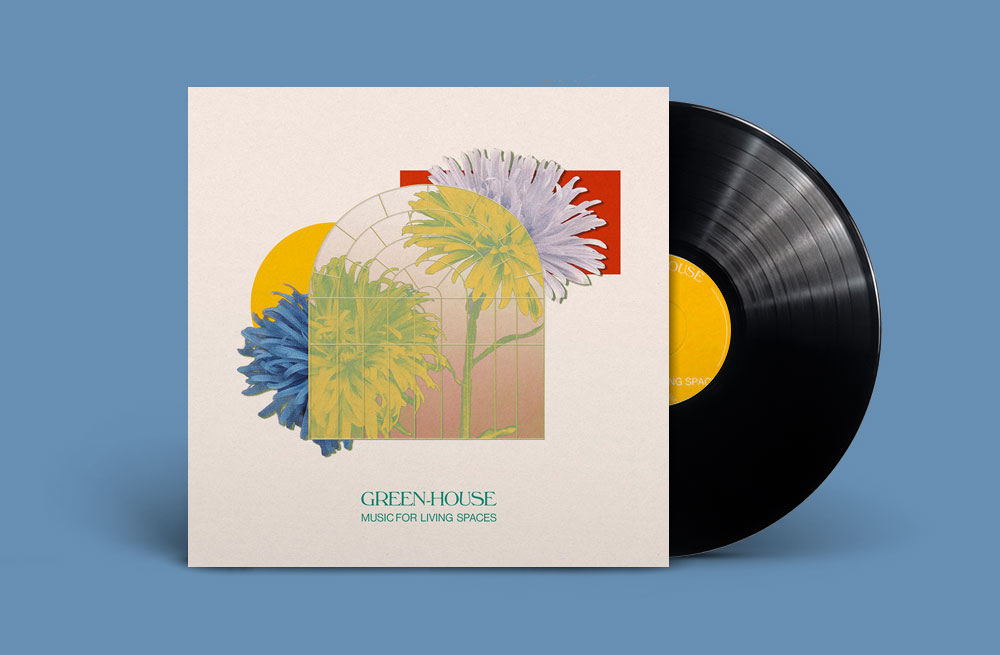 Music For Living Spaces is the new LP by Los Angeles-based artist Olive Ardizoni (aka Green-House). Olive Ardizoni first came onto our radar in 2019 with the release of their charming debut EP, Six Songs for Invisible Gardens. Ardizoni approaches things with an intentional naivety; they craft songs that find freedom through simplicity. As a non-binary artist, they hope to create a space with fewer barriers as both a performer and a listener.

Compared to the minimalist compositions found on Ardizoni’s debut EP, Music For Living Spaces represents an evolution into songs that move with winsome melodies and emotional arcs. Though recorded during a pandemic, the transporting nature of Music For Living Spaces offers a remedy for dreariness. “I’m trying to hit that part of the brain that’s affected by the emotional state that you’re in when you perceive something as cute,” explains Ardizoni.

“The intention of this project is to facilitate the connection between humans and nature,” continues Ardizoni. “Instead of perceiving nature as something that’s separate from us, or outside of our homes, we can recognize nature as something that is within us and in everything we do in our daily lives. You don’t need to have access to the great outdoors to feel connected to the environment.”

The first single off of Music For Living Spaces — “Sunflower Dance” — sports a breezy, bucolic vibe. “In our culture, we prioritize profound artistic expression through emotions like sadness or aggression,” says Ardizoni “but cuteness, silliness or fun, are the things that we trivialize in our culture. We say that they’re childish and it gets invalidated. Cuteness and joy are gateways to compassion. It’s the gateway to empathy and activating the network in your brain that boosts moral concern for other people in the world around you.”

Besides being available on cassette, standard black vinyl and colored vinyl, Music For Living Spaces has been released as a limited-edition Japanese import compact Disc as well. The Japanese edition includes additional liner notes and a side-obi. Only 100 copies have been made.