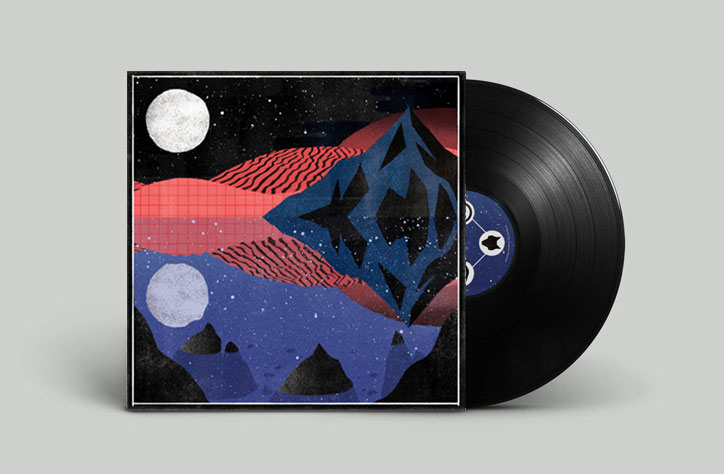 There is just something about popping an album on the record player on a Sunday afternoon and letting the tunes spin. It has to be the right record of course. One of those records that takes you on a journey. A record where the sum is greater than its singles.

Today that record for me is A Thousand Skies.

Composed by an Italian producer called Cristiano Crisci (aka Clap! Clap!), “A Thousand Skies” is a piece of vinyl that leads you down a weird and wonderful path of electronic. It’s a story about a young girl’s journey through the stars admits Crisci.

Parts of the album like “Witch Interlude” are slow and somber while other tracks like “Ascension Psalm,” “Oriens. Oriri” and “Ode to The Pleiades” lift you back up with rising synths and and delicate little melodies. Crisci takes inspiration from a wide range of sources from traditional global rhythms of the old world, to hip hop and house. “Betelgeuse’s Endless Bamboo Oceans” is reminiscent of the African coast while a track like “Flowing Like a Snake in Ophiuchus’ Arms” mashes up Arabian influences with breakbeat.

I’ve included a couple singles below, but I highly recommend buying the record. It’s meant to be listened to as a whole. And if you buy A Thousand Skies on Bandcamp you even get a Clap! Clap! t-shirt. Can’t argue with that.

Californian guitars, skateboarding and the sounds of the desert: Tommy Guerrero
Bringing brass back: Too Many Zooz
March 2020 Mixtape
Fresh Friday Mix: Lux
A lo-fi Christmas mix inspired by hip hop and Charlie Brown
A conversation with the English duo behind Tibasko
Throwback Thursday: The Stone Roses
A surreal walk in the forest provided by BAILE's new single, "Knows No End"
Los Angeles based producer, ELOHIM releases her new album: BRAINDEAD