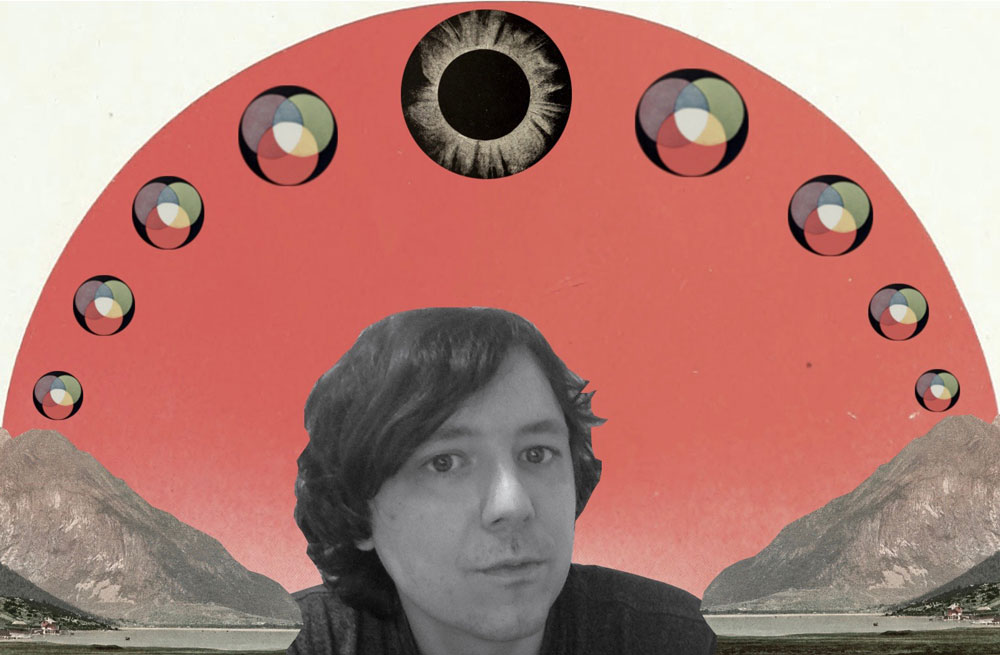 “Who is Tom Herman Jr. anyway? A mythic hermit from south Jersey? A well-honed bedroom savant?“

Tom Herman is the talented multi-instrumentalist and producer behind psych-rock band Old Smile. With over 20 EPs and a generous handful of full-length albums (including Upended Lantern Path, Steep Blue Hill and Elusive Day). Herman has been one of the more prolific artists shaping the psych-rock genre in the 21st century. He is the glue that binds it all together. He writes, records, mixes and plays every instrument on all of his releases with a keen ear for warm lo-fi, psychedelic soundscapes. He has managed to carve out his own distinct sound in a genre that has been evolving since the 70s.

His new full-length album is called “Glued” and includes 12 new tracks that contemplate the idea of mortality, grief and existential dread — topics that many people could probably identify with at the moment. And while these sorts of ideas are pretty heavy going, Herman manages to elevate the subject with his effortless musical arrangements. His music is transportive. It suspends reality in a way that makes you feel like, although things are bad now, there is a way through.

“I started recording [the album] in late April right after COVID was starting to spread” explains Herman. “I made the album after leaving a warehouse job where COVID was spreading.  Mortality was on my mind while recording it.”

Only months before Herman had lost his mother to cancer. The arrival of a global pandemic only compounded the difficult times.

“I recorded the music to not only just get back into making music but it helped me cope with my grief and the dread of the world.” continues Herman “My favorite track on it is ‘Dancing With Grief‘ because it’s about my mom. The song took a while to weave together because it goes in a couple different directions but I’m happy with how that turned out.”

Stream four of my favorite tracks off the album below and head over to Old Smile’s Bandcamp page to buy Glued.

Old Smile – Underneath the Chatter

Old Smile – Outside the Window