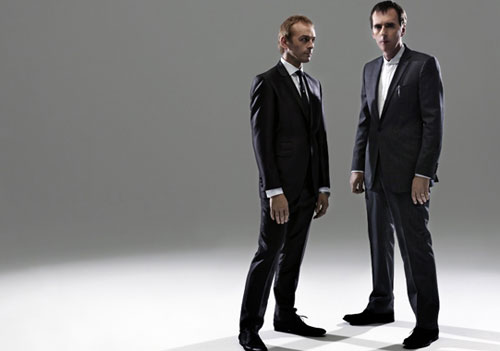 Feeling a bit nostalgic this morning. Came across this classic Underworld song on youtube played over a clip from Koyaanisqatsi and I just couldn’t help but dive into a 90’s day dream about old drum and bass, house music, camaros, scrungies, and MC hammer pants. (Koyaanisqatsi, by the way, was that awesome experimental time-elapse movie that came out in the 80’s that tried to illustrate the relationship between humans and their environment. By speeding things up and seeing how we work and effect earth from afar gives you a totally fresh perspective on humanity. It makes you feel really big too. As if you were watching a colony of ants going to work. It is similar to that other movie “Baraka” that came out more recently. If you haven’t watched either one, you should Netflix them immediately. Anyway, I think the original score to the movie was created by Philip Glass, but there are a bunch of clips from the movie floating around with Underworld dubbed over the visual, and it just goes together brilliantly).

Edit September 19, 2010: ok, so. I just realized after publishing this post about nostalgia and Underworld, that Underworld actually came out with a new album last monday titled “Barking.” So in the spirit of nostalgia, here are two great old Underworld tracks, and one off their new album.