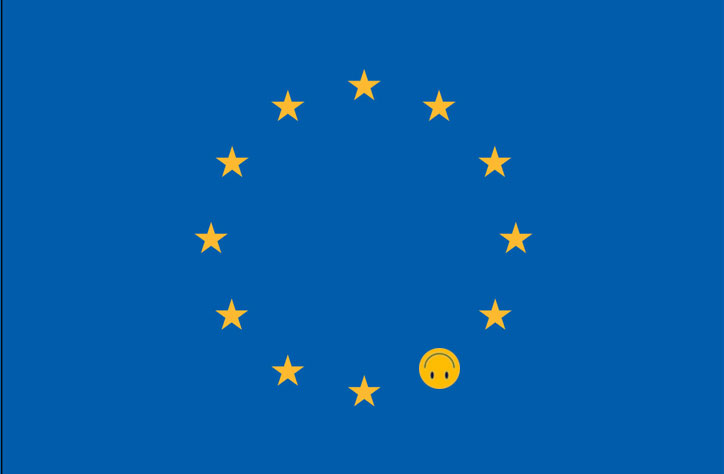 On the eve that Theresa May resigns from her position as Prime Minister, I thought it would be fitting to post this acid house Brexit protest record.

Acid Brexit is an audio-visual collaboration between Yuri Suzuki, Luke Powell, and his brother Jody Hudson-Powell. The three-track EP features samples taken from interviews with Nigel Farage, Boris Johnson and Theresa May.

“I am an immigrant to the UK,” explains Suzuki when talking about the album. “My work started on this project last year, propelled by my frustration towards the anxiety and pressure placed on immigrants by government actions. I have felt vulnerable and hesitant about publishing it. But I am increasingly inspired by the creative industry’s response to Brexit and satirisation of the Conservative Party’s agenda. Acid House Music is protest music.”

“Music and sound are always a powerful tool for communication. Charivari is an ancient French custom where the making of sound is used for protest, against or for change. This project is a tool for protest.”

The tracks on Acid Brexitare free to download, mash up, reuse, reissue – and everything else in between. The songs may be posted anywhere and used in any way. Take them, listen to them, sample them and change them in whatever way best suits your cause.