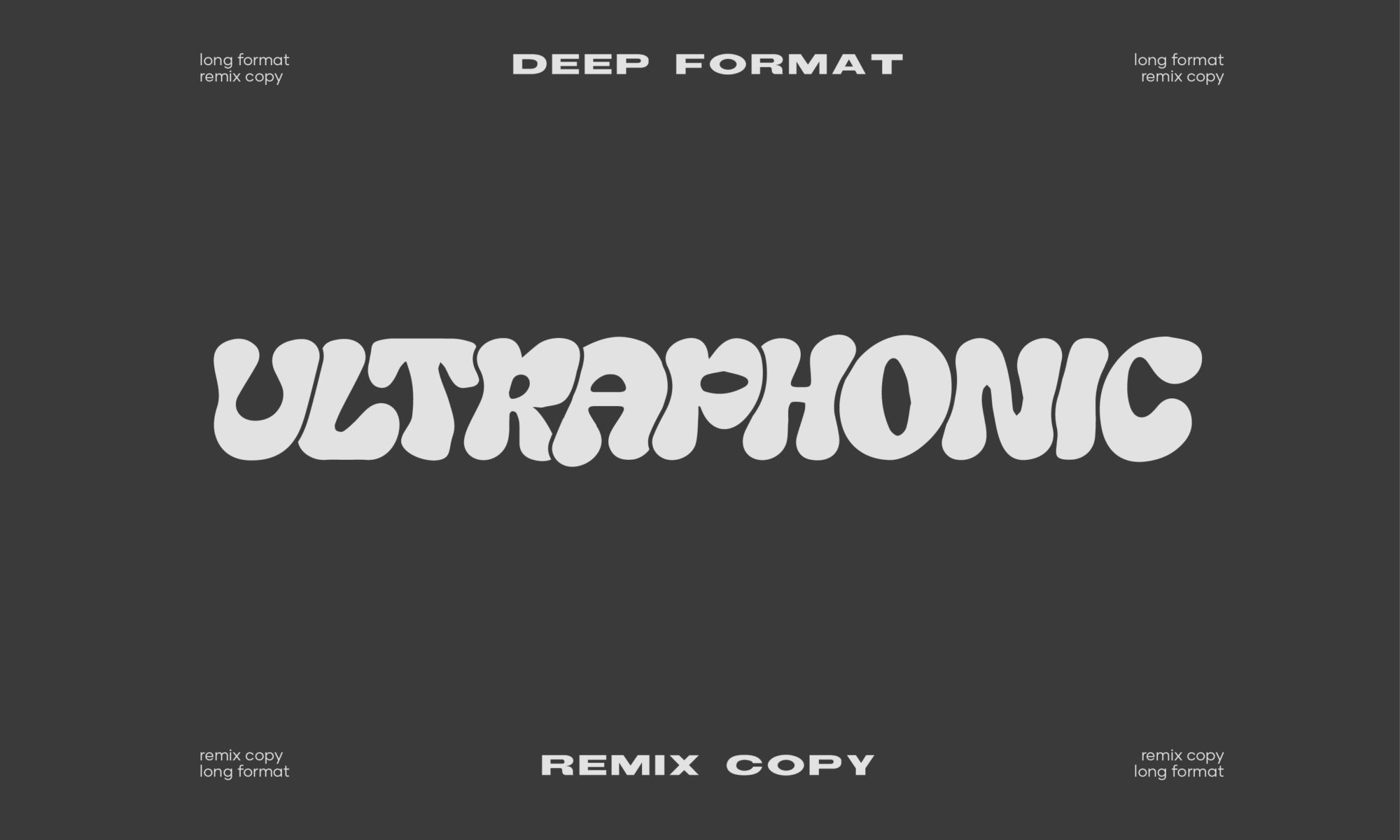 For the 2023, we are trying out a new remix series that has been in the back of my mind for a long time now. The idea is to create a remix of an entire album. Not a remix of each individual song, but the entire album as a whole. The premise of each remix is to set an album into a aural space; a sonic context.

Tom Waits might have been one of the first to touch on an idea like this with his 1975 album, Nighthawks At The Diner, where the album is recorded in a smokey diner and the ambient noise becomes part of the recording. When the album begins you hear the background noise of the diner — the gentle din of people talking, a drinks shaker at the bar — and then you hear Tom’s voice ramble into the track. The ambient background noise gives the music context and setting.

With Ultraphonic mixes, I want to take this idea just a step further. I want the ambient noise to become a new character on the record. Not only should it give the album context, but it should also compliment the music and take the idea that the composer had a step further. The aim is to create an aural experience that opens up a new dimension from the original. It becomes an extended atmospheric remix of the original.

Where would you set Paul Simon’s album Graceland for example? Would you set the album in the Sahara among a caravan of North African camel herders as they traverse the sands? What about Rhythm & Sound’s masterpiece dub album, With The Artists? Would that make sense in the deepest darkest South American Rainforest? You could just imagine the thumping basslines making their way to you through the trees and tropical rainforest bird calls. What about an album like Groove Armada’s album Goodbye Country re-envisioned on a pristine beach in Goa…

Each remix album would begin with the ambient sound first to put you in the environment. You hear the gentle sound of ocean waves washing up on sandy shores. People are swimming to your left, maybe a few people are playing down the beach on your right. You can hear the bassline of “Suntoucher” (the first track on Goodbye Country) gently coming further down the beach as you walk towards it. The beach sounds start to fade away as “Suntoucher” starts to reache full volume in the foreground of the soundscape. …Now you can only just detect the sounds of the beach in the background as the first single plays the chorus. As the track approaches the end, the ambient beach sounds start to return to the foreground again — almost as if you are walking away from the soundstage on the beach — just a gentle fade from music on the album, to the ambient soundscape that the album is set in.

Towards the end of last year, I decided to create a pilot for this remix style by taking one of these albums and pairing it with some field recordings. I decided to start with one of my favorite dub records from Mark Ernestus and Moritz von Oswald (aka Rhythm & Sound). Their 2003 album, With The Artists, combined dub and minimal techno in a way that was never heard before. It was a who’s-who of reggae vocalists paired with some fantastic minimal sub-bass. A year later, they came out with a semi-instrumental version of the album called The Versions. The album was a perfect study into the dense atmospheric production values that have become Rhythm & Sound’s signature sound. With the vocals stripped back from each track, the compositions come to the fore and it became a fantastic foil to use for our first Ultraphonic remix.

The Versions would be set into a stormy South American rainforest where the 53 minute album would expand to a 01:25:00 atmospheric soundscape. The sounds of the rainforest would ebb and flow with the deep basslines of the album creating a sort of ASMR experiential version of the album.

So without further delay, below is our first draft of the Ultraphonic remix. We recommend you close your eyes, and listen with headphones on.