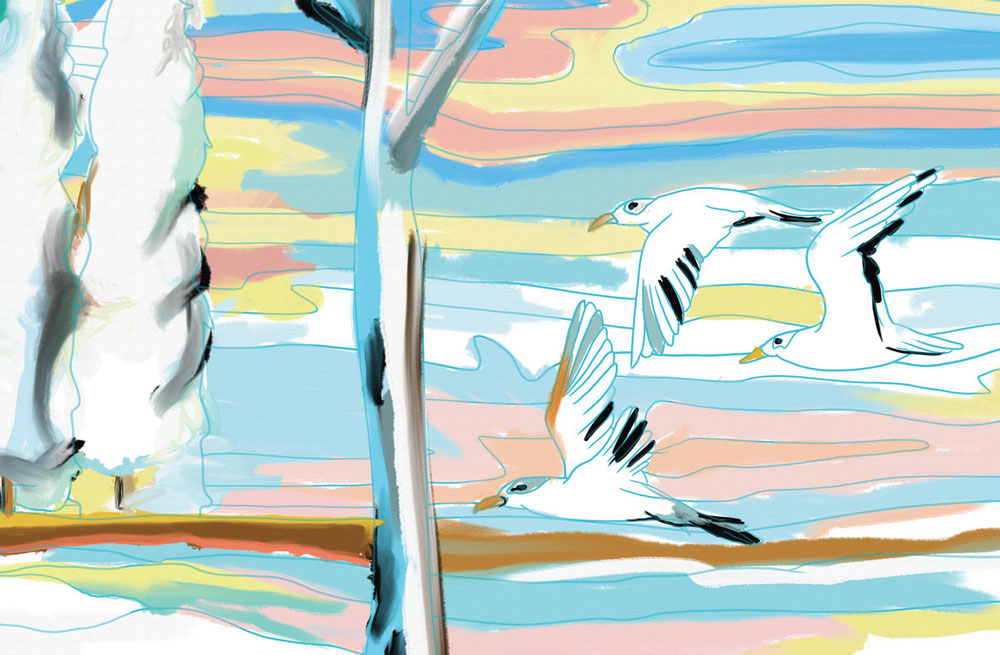 Sufjan Stevens is no stranger to holiday songs. If you have any doubt about that, then you should check out his 58-track Christmas album called Silver & Gold. There is always a Sufjan Christmas track in my holiday mix each year.

However, I just came across a super rare Christmas track by Stevens called “Lonely Man Of Winter.” It was originally written for his “Xmas Song Xchange Contest” where the song was shared with one fan only: Alex Duffy. Duffy won the song contest back in 2007. Duffy, who is now the founder and Artistic Director of the non-profit Brooklyn performance venue JACK, decided to release the rare Christmas single as a limited edition 7 inch back in 2018. The proceeds went to support JACK’s mission of fueling experiments in art and activism.

Go get a digital copy of Lonely Man Of Winter at the Sufjan Stevens Bandcamp page. The limited edition album includes a new mix of the single and another rare track called “Every Day Is Christmas.”