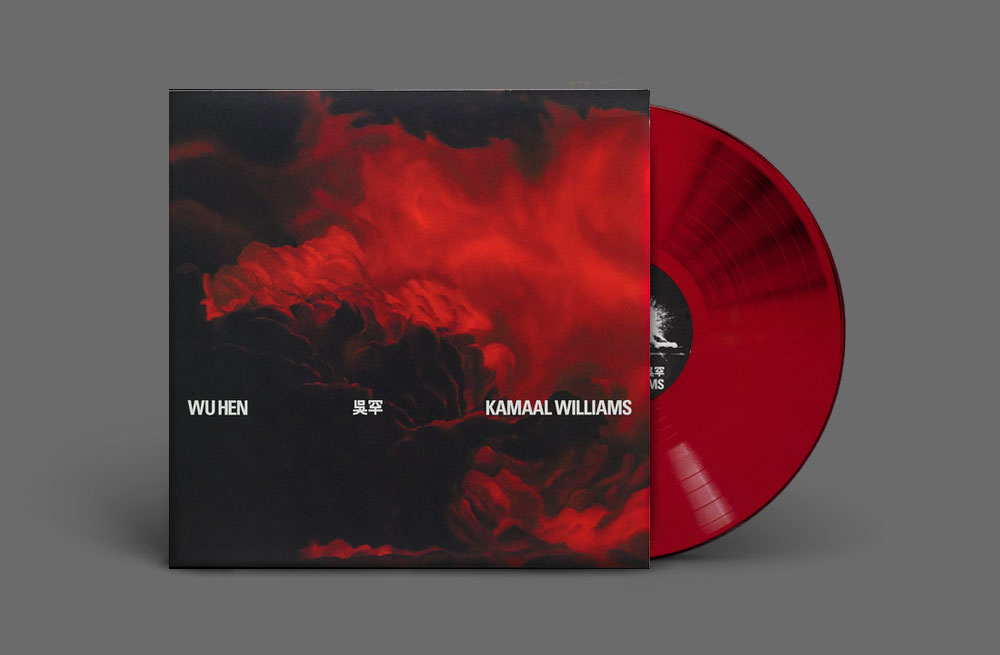 Normally when it comes to featuring a new record release, we would talk a bit about the artist and then feature one or two cuts from the album. In this case, featuring one or two songs off of the new Kamaal Williams album, Wu Hen just wouldn’t do the release justice. This is a piece of vinyl that adds up to more than the sum of it’s tracks. It wouldn’t be right to pull out a few key singles. If you want to do this right, you need to listen to the the whole damn album straight through.

Why are you still reading? You should already be on the Kamaal Williams Bandcamp, Apple, or Spotify page by now and hitting the play button on Wu Hen. Go do that now and then come back here when you have the album playing.

Kamaal Williams is the moniker for South London jazz and electronic producer, Henry Wu. For the last five years, Wu has been cultivating a special flavor of music that blends traditional sounding jazz with elements of hip-hop, house and techno. He calls this ‘Wu Funk.’

“This is a revolution of the mind. A spiritual rebellion,” explains Wu as he talks about the new 10-track LP. “To reach new heights requires separating ourselves from the material world and finding power in what’s intangible.”

Reaching new heights sure, but also reinventing the whole genre in my opinion. Wu is making jazz accessible and cool for a new generation. Listen to the lead single on the album, “Mr Wu” by itself and you might think this is the new trendy house album with a few jazz samples peppered in. But listen to the album from the start and you could be fooled into thinking that this is a straight-ahead jazz record at the beginning.

The truth is somewhere in between. The album starts off in a traditional jazz vein with Alina Bzhezhinska on harp and a full jazz band behind; Miguel Atwood-Ferguson on strings, Greg Paul on drums, Rick Leon James on bass, and Quinn Mason on saxophone. But it slowly adds little accents of electronic production here and there until eight tracks in, you have graduated to full 125bpm house music.

Okay, okay, okay, I know. You aren’t at that point in the album just yet. You are listening to the funky offbeat groove of “1989” or perhaps the smooth bassline for “Pigalle” has just walked in over the piano melody.

Don’t skip ahead to “Mr Wu” just yet. Let the world that Wu is creating for you take over.

Float through a valley of roses with Boyan
R&B, hip-hop, indie electronic — Khi Infinite blends genres for his new single, "LUCY"
German four-piece band, KYTES, create a new single that harks back to that vintage 60s Christmas sou...
T.U.R.F. - Reggie Fox
Matthew Halsall's new album, “Salute to the sun,” looks cautiously into an optimistic future
A bearded Swedish gangster in a white tracksuit. A car made out of a shoe. Wild animals indoors – Th...
Some tripped out jazz-inspired beats to get your weekend started
The Avalanches new album “We Will Always Love You” is a 25-track epic
Your LoFix #2. atmospheric beats with a touch of bossanova