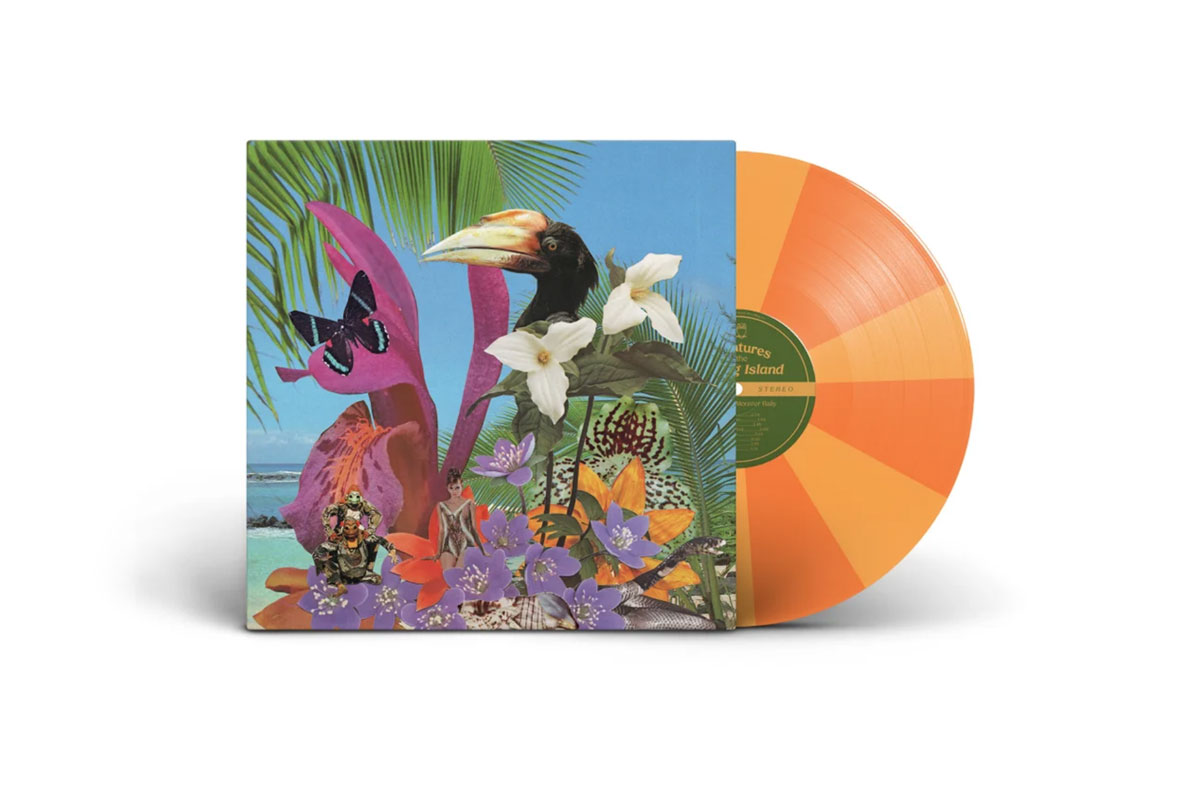 Ted Feighan is the multi-talented artist behind LA-based outfit, Monster Rally. For his latest full length album, Adventures on the Floating Island Feighan has created an orange pinwheel vinyl which creates a nice piece of album artwork.

Feighan is concerned with more than just the audio experience of the album. A visual artist as well, he employed his love for collage and print work in the creation of Adventures on the Floating Island. The visuals, and the playful orange vinyl help to compliment the jazz influenced hip hop beats you are introduced to on the LP.

The new full length album “scores a journey through a lush, exotic, dangerous, and alluring paradise – the Floating Island,” explains Feighan. “The lounge-influenced collection of songs guides the listener through a instrumental narrative inspired by themes of amnesia, discovery, exploration, and mysticism.”

At the time of publishing, the orange record (also called the “Mango Punch Pinwheel” record) was sold out. Only 250 were pressed. However, Monster Rally has done a follow-up run of the album (now in a new purple color… also known as the “Deep Lilac” edition) which was a run of 750.

Get your limited edition copy at Gold Robot Records.

"Natures Diary" — a new album that combines lo-fi beats with recordings of the natural world
Anders Trentemøller hypnotizes you with his new video for "Sleeper"
Ellen Allien's new MDMA remix has us dreaming about the return of the rave
Disclosure have released a new album: Ecstasy
Ana Tijoux writes the soundtrack for the pots and pans revolution with her song #CACEROLAZO
Mysterious French producer HOLOW releases a new blissed-out electronic track for Springtime.
Àbáse - Skeme Goes All City
"This EP is love, sex, and more love." -J.Scott
Toby Driver Talks Talk Talk