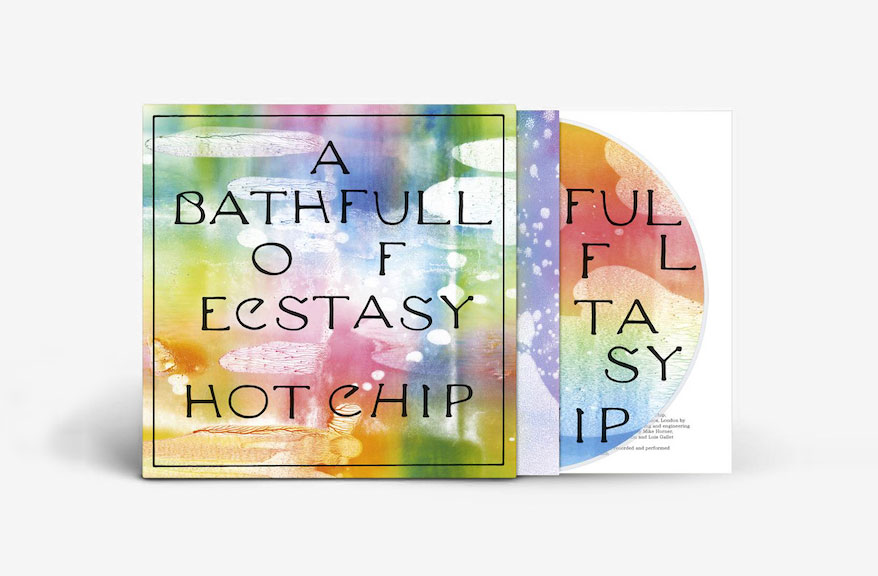 The seventh Hot Chip studio album, A Bath Full of Ecstasy, is set to release later next month (June 21st) but there are a few things to keep you occupied before it arrives.

The band have already dropped the first single off the LP called “Hungry Child” which sets the tone of the album with synthy melodies and deep house percussion. The video for the single is pretty interesting as well. Directed by Saman Kesh and starring Martin Starr (“Freaks and Geeks”) and Milana Vayntrub (“This Is Us”), the video follows a young couple around as the sound of the single becomes louder and louder. It’s as if their internal soundtrack has become exposed for everyone to hear.

The band has also announced a world tour, with festival dates this summer including All Points East and Glastonbury in England, Vida Festival in Spain and NOS Alive in Portugal.

However, what I’ve found most exciting (as a design nerd) is the artwork for the album. The new record will come wrapped in a sleeve designed by Fraser Muggeridge and Jeremy Deller. The sleeve features psychedelic colors a unique printing technique and a very handsome custom typeface. The result is an original piece of artwork to accompany the music.

Pre-order your copy of A Bath Full of Ecstasy at hotchip.co.uk.

Solomun teams up with director Henrik Alm for a music video dedicated to empty iconic music venues a...
Ana Tijoux writes the soundtrack for the pots and pans revolution with her song #CACEROLAZO
Summery surf-rock indie-pop vibes from Northern California
SASSY 009 Debut EP
Does Bonobo's latest single mean that there is a new album in the works?
French producer, Pastel has created an infectious blend of Neo-Soul, R’n’B and Bossa Nova with his n...
Check out the dance moves: Антоха МС
Let's get down to business with London's enigmatic deep house producer — Clive From Accounts
A unique new cover album from the five-piece band: Pine Barons