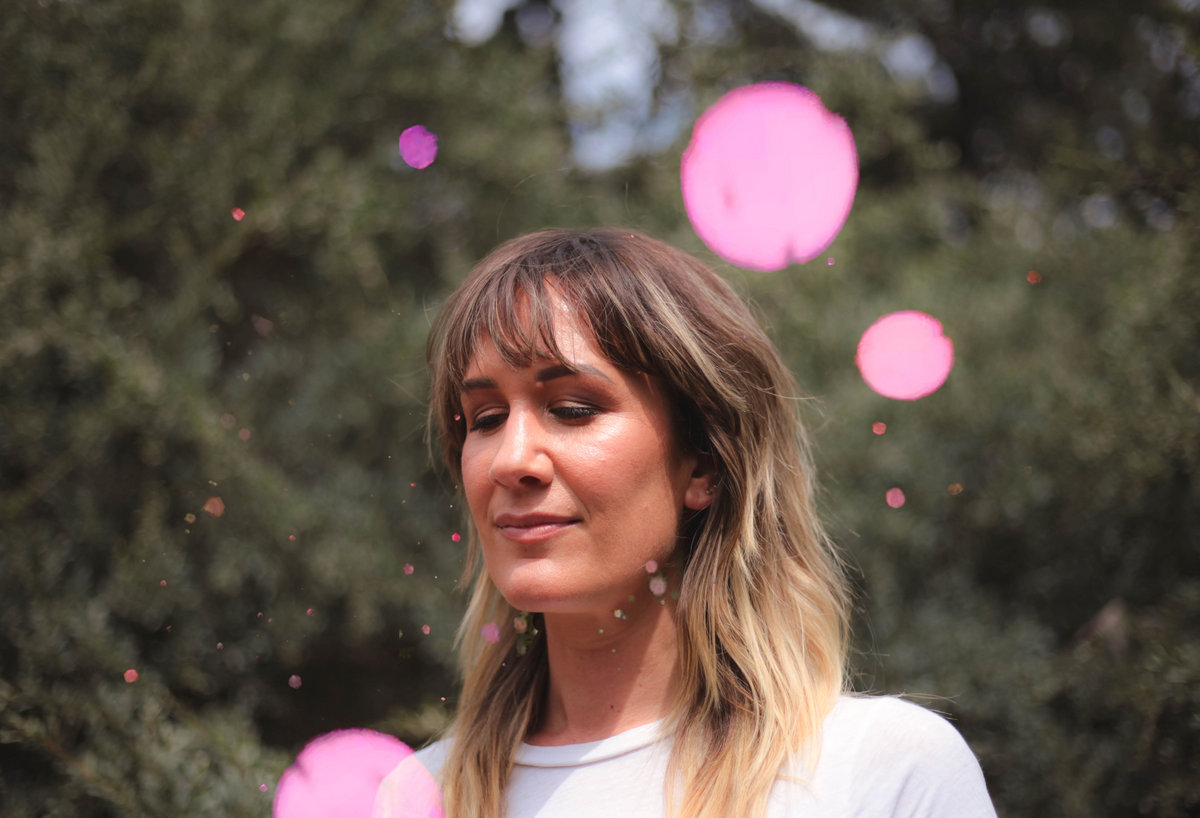 Phoebe Dubar is the Melbourne-based multi-instrumentalist and producer behind IKSRE (aka “I Keep Seeing Rainbows Everywhere”). Her music combines field recordings from the Australian bush with strings, synths and vocals to create a sort of ambient healing sound with an undertone of panoramic beats. Dubar positions the sound somewhere between “the yoga studio and the after party.”

“I never know what I’m going to find when I go out with my recorder,” explains Dubar when talking about the album. “But the longer I sit and the less I expect anything, the more I see nature unfolding before my eyes.”

Intermission is Dubar’s sophomore album under the IKSRE moniker. A year in the making and finished during lockdown, this nine-track album explores the world between natural and digital.

“The sample at the start of ‘Gibbous’ was a bird I heard whilst recording in Noosa, Queensland,” continues Dubar, describing the freakish, robotic birdcall of the Spangled Drongo. “I couldn’t believe this alien sound emerging from the bush, it sounded like a mangled sample, not something natural. It got me thinking about the idea of the natural vs digital world and the tension between the two. We take so many resources from the natural world to make these things that fill our homes; but we never give back to it. But we are now at a point in history where maybe, just maybe, we might start changing our habits, and begin to consider the natural world a little more than we have in the past.”

In addition to a few previously released singles (“A Day Off,” “Wylah,” and “August”), Intermission includes six new tracks.

Dubar goes on to talk about the album’s title, saying: “This is our time to pause. Our time to stop. Our time to look hard at the stuff we usually push down and avoid. Now is the time for us to bring that to the surface and look hard at what we have become. Pick things apart, throw away the things that no longer serve us, and breathe fresh new life into the things that sustain us, the things that have mattered to us through these strange times we’ve been living through. This is our intermission, our in between, and if we do the work now, we can move into the next act with confidence”.

Stream a few of our favorite singles off the album below, but you really should listen to the album as a whole if you want to get the full experience.

IKSRE – A Storm To Begin

German four-piece band, KYTES, create a new single that harks back to that vintage 60s Christmas sou...
Alicia G gives us a jazzy Christmas lullaby with her new single, “You're My Favorite Holiday”
Matthew Halsall's new album, “Salute to the sun,” looks cautiously into an optimistic future
Tame Impala returns with a brand new single: "Patience"
Nightmares on Wax x Fat Freddy's Drop
For his new single, California-based producer, David Provenzano steps away from pop music to make so...
Some heartfelt new sounds on the new single from singer songwriter, Wynnm
Phonox teams up with English producer Palms Trax for their new residency series
Tim Rose and Darien Newton join forces on a road trip in search of beats