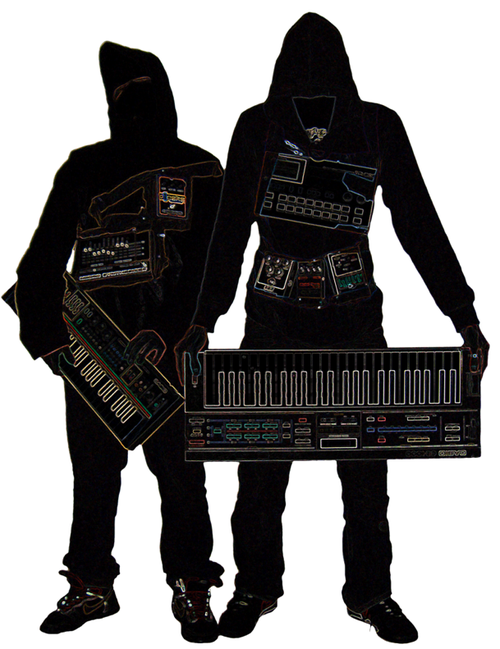 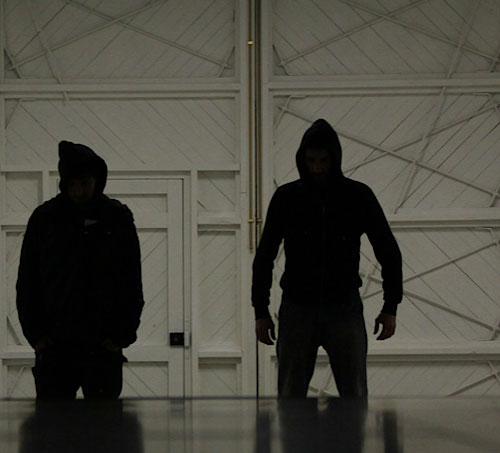 The first thing that comes to mind when you come across this Barcelona based duo is “what the fuck does there name mean?” The best explanation was one that the band gave: “We were in this very decadent club once. Drugs, House music, girls shaking their asses, drunk people… In a lucid moment I thought ‘we’re fucked, we have no future.’ I don’t know if that’s political. That’s not our intention… we are the suicide of the west as well as we are more concerned about what kind of beer we’ll find backstage.” Their sounds is a mixture of Animal Collective, Dntel and Godspeed You Black Emperor. They were awarded best Spanish electronic music act in 2010. And they wear black hoods on stage. They are the Suicide of Western Culture.

Interview with Suicide of Western Culture

The New LoFi: Hey guys. do you mind introducing yourselves?

The Suicide of Western Culture: we are a duo from barcelona trying to make songs with all the resources we could have at our hands. we are hardware lovers, in terms of electronic musical instruments we like everything we could touch…

TNLF: It’s pretty clear to anyone that has been following you that you have a pretty guarded and mysterious presence as a band. On stage you wear all black with hoods drawn, and most of the pictures of you are shrouded in darkness. Why the secrecy?

TSOWC: Well… actually, there is no secret. it was a sort of an unfortunate joke…
in the cover of our debut album we tried to imitate some of those “most wanted terrorists” pics but with a belt made of guitar pedals… fortunately no one understood what we meant to explain! in our live shows we wear black with hoods to focus the public attention to the visuals instead our faces, but it is hard when the weather is hot….

TNLF: Have you both always been on a path to make music? what did you do before you formed TSOWC?

TSOWC: We made a lot of video and music before, but maybe more experimental, this is our most “pop” project as far.

TNLF: What is your process when you start recording a track?

TSOWC: It is very simple… we work the casios, rhythm boxes or old keybs processing them a lot through pedals.. we actually do not worry about the sound, just to transmitt our idea, we do not want lo-fi, it goes, as is….

TNLF: More recently you released a ‘Remixes’ version of your album. How did this come about? Did you have a hand in picking the artists to remix each song?

TSOWC: Actually was a work of our label, irregular. the artists involved in the remix album are well known in our country.

TNLF: What are some of the artists you have on your iPod right now? what are you listening to these days?

TNLF: Where do you draw your inspiration from. musical or otherwise?

TSOWC: Landscapes, movies, a drunk guy in a bar, anything, it does not matter… almost everything negative, lately.

thanks for all and greetings from barcelona!

The Suicide of Western Culture’s latest album, “From Our Apartment’s Window” is available on iTunes and Beatport. And make sure to check out their remix album put out by irregular records. Full stream below.

The Suicide Of Western Culture Remixes

Chilled out Afro-house music to start your week
Larmer Tree Festival Review. 2019. part 2.Circus Brothers, Cymande & Gypsy Jukebox
The 80's Christmas Mixtape
Listen to the lead single from Joel Wästberg's new album "Holding On To A Dream"
New single from Kraak & Smaak: "I'll Be Loving You"
Sampa The Great: The Return
Tucked away on a secluded beach in the Mediterranean, KALA might be the closest a boutique festival ...
Jean Grae & Quelle Chris - "Gold Purple Orange"
Chris Giles: Peace In The East